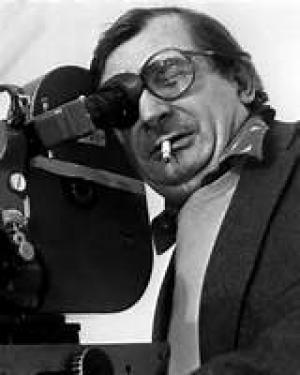 "I am a Communist, certainly, but that doesn't mean I have to make films about the wheat harvest."
~ Claude Chabrol

Claude Chabrol was a giant of modern French cinema and a doyen of the Nouvelle Vague,  the movement that grew from the discontent a group of film critics felt with the state of French movies in the 1950’s. Chabrol wrote for the groundbreaking magazine, Cahiers du Cinéma, championed by its French owner and cineaste André Bazin, who employed many critics who later became the directors of the New Wave, like François Truffaut, Éric Rohmer, Jacques Rivette and Jean-Luc Godard. The group collectively outlined a new way to look at film, the so-called Auteur Theory, and were scathing of the conservatism and Cinéma du Papa  of the times, what Truffaut dismissively and sarcastically identified as the ‘tradition of quality’.

Chabrol was fascinated by detective stories and heavily in the thrall of Alfred Hitchcock, and co-wrote a book on Hitch with Rohmer and would become so closely associated with the thriller genre that he eventually earned the epithet, The French Hitchcock. Unlike his other director friends, Chabrol never made a short film and never worked as an assistant director in order to learn his trade, he jumped into the deep end before any of the others and managed to make Le Beau Serge,  the first 'official' film of the Nouvelle Vague, ironically (Chabrol was a life long Communist) with inherited money from his wealthy wife. Chabrol followed with another hit, the equally spare and incisive Les Cousins,  in 1958, and the success meant Chabrol had a bigger budget and could shoot his next film in colour, the remarkable and atmospheric À double tour, a film that largely introduced soon to be French icon Jean-Paul Belmondo to audiences.

By 1960 Chabrol’s friends Truffaut and Godard, with his help and assistance, had spectacularly entered the fray and the Nouvelle Vague  became the talk of world cinema. Chabrol consolidated his early reputation by delivering the very fine Les Bonne Femmes,  featuring his soon to be second wife, Stéphane Audran, an actress who would feature heavily in his widely acknowledged golden period from the late 60s to late ‘70s. During the heyday of the French New Wave Chabrol’s output, while the most prolific of his peers, was varied to say the least, and after his withering assault on middle class values, Landru,  he struggled to find financing for any worthwhile projects for several years.

"There is no new wave, only the sea."  ~ Claude Chabrol

After several potboilers, made solely to stay working, Chabrol returned with a vengeance via a string of pulsing psychological thrillers, the best of which remain cornerstones of his legacy. Chabrol’s wife, Audran, starred in Les Biches  (playing the lover of her ex-husband Jean-Louis Trintignant! - tres French n’est pas?) and in the excellent La Femme infidèle  and La Boucher,  all successful at the box office, enabling Chabrol to focus on his own style during the latter part of his career. Audran went off and made The Discreet Charm of the Bourgeoisie  for the equally iconoclastic Luis Buñuel, before returning for Les Noches Rouge  opposite Michel Piccoli, another attack on the middle class, in 1973.

Chabrol cast Isabelle Huppert, one of the finest young actresses in France in his very fine thriller, Violette Nozière,  giving the remarkable young actress one of her best early career roles. Huppert would work with Chabrol several more times before the director’s death in 2010, notably in his adaptation of Flaubert’s Madame Bovary,  and in the startling two hander opposite Sandrine Bonnaire, La Cérémonie  (both in the 1990’s).

In the interim Chabrol paid a debt to an undeserved victim of the Cahiers  ‘tradition of quality’ campaign, the original ‘French Hitchcock’, Henri-Georges Clouzot, by filming one of Clouzot’s unfinished projects, L’Enfer.  The script was handed over by Clouzot’s widow and Chabrol managed to make a fine psychological thriller with Emmanuelle Béart and François Cluzet in the leads. Huppert made two dramatic and powerful films with Chabrol in the 2000’s, Merci pour le chocolat  and  L'Ivresse du pouvoir  evidence of the old man’s continued relevance (the pair even managed a comedy with The Swindle in 1997) and Chabrol offered his last film, Bellamy, in 2009, starring French cinema icon Gérard Depardieu only one year before his death.

Claude Chabrol had one of the most distinguished careers in all of French cinema, and possibly one of the most uneven, not a surprise given he made over 70 films across six decades of work. From the start his best worked probed and poked at the pomposity and corruption of the middle class, as he admitted himself his debut feature was his “goodbye to Catholicism.”  He was raised in comfort and privilege but always lined up with the workers against the bosses, and his gregarious nature and big heart saw him assist many of his contemporaries in their efforts to shake up world cinema. He idolised Hitchcock certainly, but he always claimed to be more influenced by the Germans, F. W Murnau, Ernst Lubitsch and Fritz Lang, and it can be seen that many of Lang's Film Noir  tropes found their way into the fabric of Chabrol's work. His devilish and impish wit led him to subjects that were very different from his peers, and his love of a classical and unfussy directing style meant he eschewed much of the deconstruction-ist ethic and many of the ‘tricks’ that the Nouvelle Vague  became known for. Chabrol was a class act who outlasted them all.