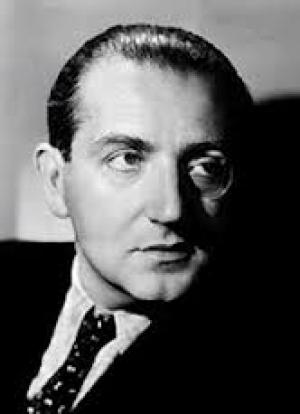 Austrian born Fritz Lang dabbled with architecture and painting before coming to film in the late 1910's in Germany after the war. He rose to prominence with masterful films like 'Dr Mabuse', 'Metropolis in the '20's, collaborating on Metropolis with his writer wife Thea Von Harbou. Lang's 1932 effort, 'The Testament of Dr Mabuse' was banned by the Nazi's once they came to power, but his 1931 child killer classic 'M' had found great public and critical acclaim. Oddly, the part Jewish Lang was then offered a senior position in the film industry by Goebbels himself, but left for Paris the next day, leaving his Nazi party member wife behind.

Lang made it to Hollywood and made the lynch mob hit 'Fury' for MGM, but struggled soon after to find a major studio that would accommodate his singular, visionary style. Although Lang’s Hollywood career was uneven as far as success was concerned, he spent over 20 years there and maintained a level of quality of output to more than match his American counterparts. He contributed, in a major way, to the visual language of film noir, obviously through his German Expessionist period, but also with his late ‘30’s Hollywood output, which featured his ‘lovers on the run’ flick, ‘You Only Live Once’, a pre-cursor to the ‘Bonnie and Clyde’ cycle. The producer on that film was Walter Wanger, and his actress wife Joan Bennett later convinced him to form a company with Lang and herself, called Diana Pictures, after her experiences with Lang on 'Man Hunt' and on 'The Woman in the Window'.

The first picture for Diana was a re-make of a French classic, Renoir's La Chienne as 'Scarlet Street, with Bennett again and with much of the same cast as 'The Woman in the Window". Some years later Lang also re-made Renoir's ‘La Bete Humaine’ (as ‘Human Desire’) after his successful ‘The Big Heat’, as the second picture in his two picture deal with Harry Cohn, and utilising Glenn Ford and Gloria Grahame, his stars from the earlier film. Lang's work from his Hollywood period continued to be lionised by the French post war critics in particular, and Nouvelle Vague icon cast the great man as the fictional film director in his brilliant 'Le Mepris' in 1963.

Lang left Hollywood and returned to Germany, making a couple of Indian themed films, (seemingly tracking Renoir again?) before making a final instalment in the Mabuse trilogy. Lang made several genre defining films, as capable with suspense as Hitchcock, as fluid with noir as Welles and Wilder, and even able to turn out a convincing western when the need arose. Lang was one of the original auteurs, long before the word was coined and the concept delineated, a cinematic legend who's work was always interesting and thought through. One of the giants.

The Return of Frank James

While the City Sleeps

Beyond a Reasonable Doubt

House by the River