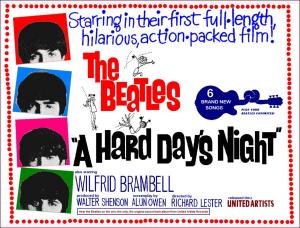 A day and a half in the life

Arriving in 1964 to cash in on Beatlemania, Richard Lester’s feature film came as an unexpected blast of joy and innovative delight, confirming the four Liverpudlian’s as the pre-eminent avatar’s of the burgeoning youth culture, a demographic which would in a few short years transform into the counter culture movement that rocked entrenched values to the core. Prior to A Hard Day’s Night music stars in feature films meant cheap and execrable cash-in’s by hack directors and scriptwriters unable to work beyond this exploitative commercial brief, as witnessed by most of Elvis’ features and any Frankie Avalon, Bobby Vee or Cliff Richard film. Lester was remarkably given creative freedom by United Artists, who expected a low budget exploitation pic, but what he delivered was so much more.

The Beatles had established a nationwide fame for themselves in the UK through 1963, and were also very successful in Europe, but in February 1964 they landed in America with a bang, a salve for a country still reeling from the shock of John Kennedy’s assassination merely 10 weeks before. Their easy and winning personalities endeared them to the US in the same way the rest of the world fell in love with them, and it was this public version of their lives that scriptwriter Alun Owen essentially harnessed in their feature debut. Owen had grown up in Liverpool and had an ear for the dialect, also he’d written in feature films, amongst other’s Joseph Losey’s Criminal, so he was a credentialed and serious screenwriter. The Beatles were impressed by his play No Trams to Lime Street and allowed him to spend several weeks with them so that he could assimilate their lives (or a version of it) as well as their ‘perceived’ personalities into the script.

The film opens with the famous sustained chord, hanging gloriously for a bar, it presages a vibrant sonic attack, ’It’s been a hard day’s night’ the voices chime as the four lads run away from a horde of screaming fans and onto the relative safety of a train, and bound for a TV appearance. The action centres around them getting to the studio and singing a few songs for the camera, add in a side trip to a club, a PR soiree, and a couple of individual vignette’s to give each Beatle some sense of differentiation and that’s about it. Paul’s grandfather is added in the form of Wilfrid Brambell, famous in Britain and the Commonwealth as old man Steptoe on TV, and he provides a gentle comic foil. The lads deal with all the issues they would have had in their lives at the time, vacuous interviewers, clueless TV producers, vain variety act performers and of course the endless screaming girls as they ply their infectious brand of pop and roll.

Lester opted for all new and unknown songs to be used on the soundtrack, except for mega hit She Loves You, showing incredible faith in the songwriting team of Lennon and McCartney so early in their ascendancy, and he’s repaid in spades. The songs are used perfectly to suit the tempo of the piece, upbeat and engaging, as the action leads to a ‘live’ concert appearance on national tele. Owen’s excellent dialogue was strengthened by some sharp ad-libbing by the band, who’s own particularly Northern brand of humour shines through. It was the kind of spontaneous, anarchic wit that found expression in the Monty Python team in the late ’60’s, a group Harrison and Lennon were very fond of, George always saying that Python had something of the Beatle spirit about them. Crucially the lads don’t overplay their hand as actors and in the end they don’t become caricatures of themselves, the fatal flaw in other music films, as they find a way of naturally expressing another facet of their public personality. At a screening for US interests Lester was told he’d have to dub American accents on to the dialogue for US release, he says’ he ‘hit the roof’. McCartney was more succinct, ‘If we can understand a fucking Texan cowboy they can understand a Liverpudlian’. The dubbing never happened.

United Artists bankrolled the project late in ‘63, before the group had conquered America, on the assumption they would make money on the soundtrack album alone, so the finished result was more of a pleasant surprise, but it shows what can happen when the ’money’ gets out of the way of the talent and let’s the creative elements do their thing. The timing could not have been better as they were the hottest entertainment property in the world by the time the film hit theatres. The Beatles (who are never mentioned by name in the film) must have had endless energy at this stage of their career, as their schedule was grueling and in retrospect the quality and quantity of their output was astonishing. The absolute joie de vie that The Beatles represented to a global youth culture ready for change, translated equally to the privation era British, who grew up under rationing, as much as it did to their comparatively wealthy, uber-consumerist American cousins. Oddly the Iron curtain was no bulwark against this western decadence either, as the Beatle juggernaut took even the Soviet’s, but by stealth, underground and about a decade later.

What can’t have been known by anyone was that the band that created the infectious and exuberant A Hard Day’s Night would continue to grow until the mature sonic glories of Rubber Soul, Revolver and Pepper’s, all of 2 to 3 years in the future! Preposterous and incredible but absolutely true. A Hard Day’s Night remains an indelible marker of a more innocent and simpler time, one that wouldn’t last long as it happened, but Lester’s almost Nouvelle Vague effort of subverting the music film genre, of re-inventing how we see and experience music on film, of framing the greatest band of all time in a manner that added to their legend, remains a mighty achievement and a splendid time is guaranteed for all. 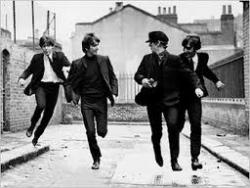 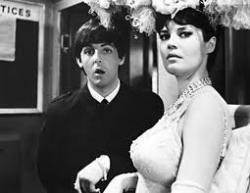 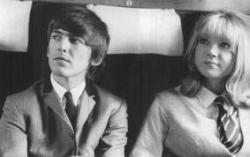 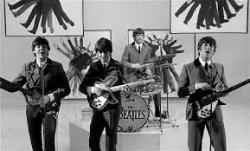