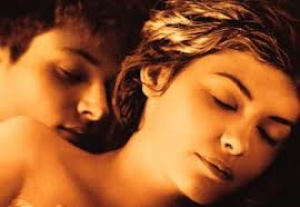 Magical realism on the Western Front

Jean-Pierre Jeunet’s signature ‘magical realism’ style is transposed to the unlikely setting of the horrors of the Western Front in 1917, in a remarkably tender and romantic story of tenacious love, in ‘The Very Long Engagement’, based on the 1991 novel by Sebastien Japrisot. Jeunet, fresh from the artistic and commercial triumph of ‘Amelie’, focuses on one of the seminal era’s in French history, where the last of the Imperial conflicts of the Grand Royal families of Europe played out in the mud and slaughter of the verdant French fields. Audrey Tautou, who rose to fame on the back of her standout turn in ‘Amelie’, stars as Mathilde, a woman who is waiting for her fiancé to return home from the war, and Jeunet stages the piece as a puzzle, as she collects information about his fate and determines to find the truth of what happened to him. Jeunet, in collaboration with his ‘Amelie’ cinematographer Bruno Delbonnel, turns his idiosyncratic visual eye to examining love under pressure, and provides a parable of enduring strength and an affirmation of the primacy of love in the human condition.

Jeunet opens the story in the familiar and depressing reality of a frontline Somme trench, the oddly named Bingo Crespucule, as five soldiers are being escorted to their impending executions for self mutilation as an act of avoiding action. Amongst the men is Manesh (Gaspard Ulliel), the fiancé of Mathilde (Audrey Tautou) who’s hand injury is deemed to be the act of a coward. Jeunet sketches out the back-story to each of the condemned men as a prelude to introducing Mathilde, a crippled young woman, orphaned at a young age, who is living with her foster parents in a small seaside village. In 1920, Mathilde is not convinced that Manesh met his end at the hands of a firing squad, and soon finds conflicting information from different sources, and that leaves her doubting the official version and causes her to start investigating the events. Matilde finds letters from the men involved, and tracks down witnesses to the minor tragedy of Bingo Crespucule. She is advised at every turn to give up, by family and by the Army, but employs a Private Investigator to aid her and soon finds help from unexpected sources.

Jeunet’s approach to filmmaking is to present the elements of a puzzle incrementally, until a coherent whole emerges. It worked brilliantly with ‘Amelie’ and surprisingly it works just as well in the context of a period love story with an epic background. Mathilde’s life story is fleshed out with cutaway flashbacks, sometimes of almost subliminal length, but with devastating effectiveness. Jeunet will drop in a shot of surpassing beauty, and move away from it just as quickly, as the viewer assimilates a massive amount of information in a seamless way. The Farmer in the execution sights is shown momentarily on a hay wagon amidst flowing fields of grain, it’s a poetic and powerful image and it lasts seconds, it’s this degree of detail that builds the viewers experience at a subconscious level. The authenticity of the wartime sequences is also compelling and rank with the best realisations on film of the squalor of trench warfare on the Somme. Jeunet’s moving camera, a feature of his style, and his penchant for above the action perspectives ranks with Kubrick’s superb moving trench and battle shots in the immortal ‘Paths of Glory’.

The philosophical core of the film is that of the healing power of love. Mathilde is damaged goods in a physical sense, but it’s her vulnerable and bruised heart that concerns her most. Mathilde finds her soul mate in Marcel, a delicate and awkward boy who is called away to fight, but is mentally unsuited to the rigours of life in the trenches, and suffers shell shock as a result. It’s Mathilde’s almost mystical connection with Manesh that convinces her that he simply cannot be dead, and she sustains herself with little mental exercises that affirm that to be fact. She colludes with nature as she sets arbitrary targets for inane events to happen that will convince her to continue, “If the cloud passes before I count to ten, he’s still alive”. Manesh’s brutal experiences on the frontline are mitigated by his devotion to Mathilde, and the scene where he’s carving their initials in a tree as he’s being shot at by a German bi-plane is touching and indicative. Manesh hangs on to the thought of Mathilde, as if their love will lead him out of the nightmare, as Mathilde keeps the torch alive when all hope is lost.

The quirky style of ‘magical realism’, where everyday happenings can take on supra-dimensional meaning is a familiar trope associated with Jeunet’s work. The poetry and existentialism in ‘A Very Long Engagement’ is typically French and wonderfully redolent with surprising and beautifully oblique ideas. Matilde’s devotion to her tuba, because ‘It s the only instrument capable of imitating a distress call’ is an example. The sequence where Tina disposes of a corrupt officer in a brothel, the man responsible for tearing up the pardon from President Poincare, by the use of shards from a mirror is visually inventive, artistically deft, and stunningly effective.

Jeunet uses some of his stock company of actors to fill the many small but crucial roles, notably Dominique Pinon as Mathilde’s adoptive father. His expressiveness and singularity has added another dimension to the many Jeunet films he’s been in, like the surreal and darkly comic ‘Delicatessen’. The colour and depth that is provided by the support cast adds another layer of authority to proceedings, particularly the American actress Jodie Foster, in a surprising and convincing cameo. Marion Cotillard gives a wonderful characterisation as Tina, the lover of one of the men to be executed, in a role that pre-dates her star making turn as Edith Piaf in ‘La Vie En Rose’. Tina wants vengeance for her doomed soldier, and goes about assassinating any Army official associated with the execution order. Tina’s quest is a dark mirror to the torch that Mathilde carries, and a reminder that even in the darkest heart love can be a powerful and compelling force.

The film also works beautifully because of the fine central performance from the entrancing Audrey Tautou. The beautiful, elfin actress craved a niche for herself in quirky and offbeat roles, mostly in TV movies, before graduating to the mainstream with ‘Amelie’, and then finding an ill-fit in Hollywood blockbusters like the lacklustre ‘Da Vinci Code’. She renders Mathilde as a hopeful romantic, connecting with the quiet tenacity required to convince us that so waif like a creature can continue against all odds. Tautou’s foil, Gaspard Ulliel, does a lovely job with the charming Marcel, even though they share few actual scenes together, a device that builds tension until the inevitable release.

Politically Jeunet hints at the corruption and duplicity that accompanied the other aspects of trench warfare, and the tragi-comic ingredients that sent men to the firing squad rather than the suicide charge across no man’s land. The appalling behaviour of the French authorities in regard to the treatment of their men, the recruiting of criminals to the ranks of soldiery after the disaster of Verdun, are all incorporated into the fabric of Jeunet’s examination of the struggle on the Western Front.

‘A Very Long Engagement’ is a fine and lovingly crafted film that works beautifully on many levels. Jeunet manages to reveal more about reality by showing us an oblique and idiosyncratic take on a period slice of life and love in time of war. The film is a poetic affirmation about the power of the mystical dimension of human love, where the heart rules the head and logic runs a poor second, and love survives in spite of all the hate and indifference that surrounds it. 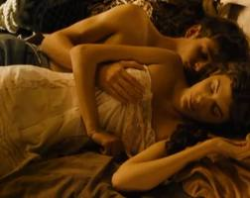 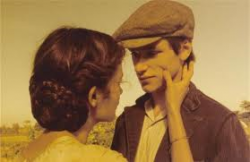 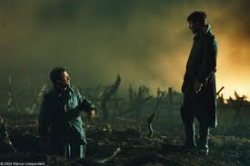 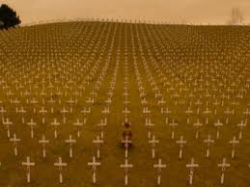