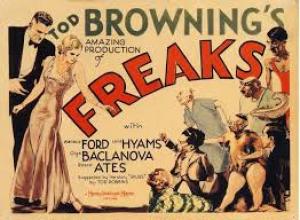 Tod Browning was at the peak of his game and at the top of his reputation in 1932, the saviour of Carl Laemmle’s Universal Pictures after his mega-hit, Dracula,  helped set the template for the modern horror film and saved the company from insolvency at the same time. Browning’s clout in the industry was such that he had the ‘pick of the stall’ and after a boxing melodrama called Iron Man  he decided to make his long cherished project, Freaks. Browning had run off from a well to do family to join the circus as a boy and produced a story of carnival freak show types, cast with actual sideshow performers, a decision both confronting and controversial. Browning fell in love with a circus girl as a 16 year old and the screenplay makes plain who he sides with, implying that the ‘normals’ may be the real freaks after all. Browning found the types of ‘freaks’ he needed from the exploitative end of carnival exhibits and employed a number of people with real deformities to provoke and disturb Depression era audiences who were expecting a different kind of horror.

Cleopatra (Olga Baclanova) is a gorgeous blonde, a narcissistic high wire performer and star circus attraction. Hans (Harry Earles) is a midget who falls in love with her, much to the chagrin of the midget girl, Frieda (Daisy Earles), who is in love with him. Cleo discovers that Hans has family money and schemes to marry him and swindle him out of it, in league with her strong man, thick minded lover Hercules (Henry Victor). A wedding is organised and the coterie of ‘freaks’ admits Cleo as one of their number. Hans is insulted at the wedding by his bride’s behaviour as she carries on outrageously with the carnival strongman, the other freaks see the way she is treating him and vow to get revenge and end the sham marriage.

Browning views the circus as a microcosm of humanity and shows that all human traits are not dependent on the conformity of body shape or size as the ‘freaks’ exhibit the same feelings as the ‘normals’ - love, empathy, spite, envy et al. The thing the freaks have though is solidarity, a fraternity forged in adversity and the contempt of the wider society, it’s this collective strength that Cleo eventually confronts through the ‘freaks’ motto, “the hurt of one is the hurt of all.”  The freaks are shown in touchingly normal scenarios, enjoying and experiencing life as anyone else would, particularly in the beautiful sequence where the bearded woman gives birth to the child of her ‘human skeleton’ husband. It’s the humanity of the ‘freaks’ that transcends their physical challenges and links them to life in a way the vain and superficial Cleo and Hercules will never know.

Cleo displays her bigotry at the wedding, after the famous acceptance sequence where the freaks go into their chant, “gibble-gobble, gibble-gobble, we accept her, we accept her, one of us, one of us.” Cleo bleats “you dirty, slimy freaks, you filth”,  as the depth of her disgust shocks everyone, and in the brilliantly shot final sequence where the freaks come for her in the rain, she gets her comeuppance. Browning’s cinematic concepts and execution still resonate through films into the 21st century, referenced in everything from Planet Of The Apes  to Toy Story  and The Wolf of Wall Street.

Freaks  also confronts one of the more poisonous political and social ideas of its era, one much admired by the Nazi’s amongst others, that of Eugenics, or the study of improving the human race by selective breeding. Charles Darwin’s half cousin, Francis Galton, developed eugenics in 1883 and intended his idea on selective breeding to be as influential as his relative’s idea on evolution. The notion was widely taken up by many with political and fascist agendas, sensing an opportunity to eliminate all manner of things they deemed ‘deviant’, such as Jewish-ness, homosexuality and promiscuousness in women! Under a eugenicist any overt physical deformities would result in immediate sterilisation so as not to allow any passing on of the gene, hence the scene of the birth by the bearded lady. The films original ending had the ‘freaks’ castrate Hercules the strongman, a direct reference to and repudiation of eugenics if ever there was one, although this element of Browning’s political subtext is rarely noticed or commented on.

Harry Earles encouraged Browning to film the piece from a story by Tod Robbins called Spurs. Robbins adapted the work and Harry was hired as a key performer, along with his sister Daisy, to play the midget lovers. Browning originally cast Jean Harlow as Venus, but upon urgings from his old friend and producer, Irving Thalberg, he opted for non-name performers and used Leila Hyams instead. MGM much preferred light escapist fare as a way of soothing Depression Era audiences, and Freaks represented a distinct change of pace for the studio and would prove to be problematic in promoting and fitting it into their roster. They opted for a quasi-sideshow approach, issuing a filmed warning to audiences at the beginning of the film, serving to create a mood of heightened expectation of shocks to come.

Browning created a beautiful and idyllic opening, a shot of people enjoying a country picnic, until we realise the participants are far from average. The visual style of Freaks  is less impressionistic than the German influenced Dracula,  but the claustrophobia of the sets enhances the idea of a closed world, of a secret environment where the imagined ‘filth’ of the freaks plays out. Browning decides to boldly shine a light on these little seen areas and in doing so takes the sting out of the bigots whose evil imaginings thrive when facts are scarce. That he did this at all is incredible enough, that he did it in 1932 is astonishing.

The film created a scandal upon its release, the confronting images of the deformed performers apparently causing mainstream audiences to recoil in horror, fits of fainting and evacuating of stomach contents leading to a warning at the beginning of the film for those with weak constitutions to think twice before entering. In true ‘carny’ fashion this only added to the exploitative nature of the producers handling of the film, which struggled in the early Hayes Code days to stay out of trouble with the censors. MGM was not known for it’s darker or socially conscious films, and after some worrisome test screening feedback it nervously cut some 26 minutes from Browning’s original, trimming the piece from 90 to 64 minutes and butchering the director’s vision in the process.

What remains of Freaks,  while flawed and uneven, is still remarkable, and so confronting it also managed to be banned in the UK until the mid 1960’s. Browning was a silent cinema veteran, a protégé of D.W. Griffith and a hugely successful director in the ‘20s, but he made only a handful of films in the years following Freaks,  including a reunion with Bela Lugosi on Mark of The  Vampire  in 1935. Browning made his last film in 1939, American Film’s annus mirabilis, his career never really recovered from the notoriety and scandal that engulfed it after Freaks,  a film that ironically made him an outcast in the industry, its ultimate sin not the controversy but the fact it lost money, which was the greatest sin of all in Hollywood. 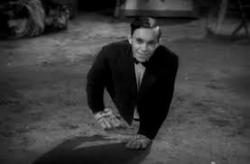 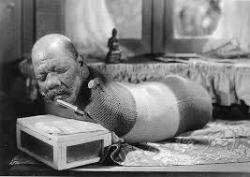 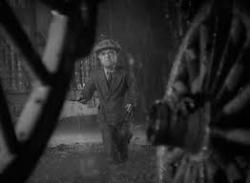 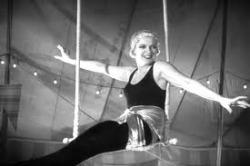 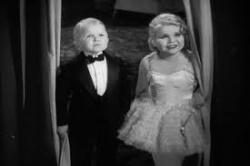 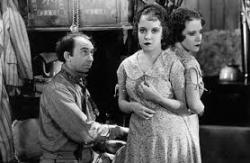