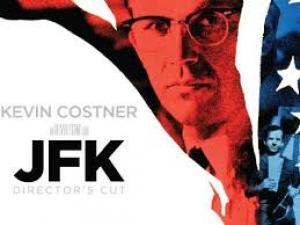 Oliver Stone opened a huge can of worms with his controversial examination of the Kennedy assassination nearly 30 years after the calamitous event. Stone approximates a thriller format in his procedural, recalling some of the film noir detective pieces of the 1950’s like The Naked City, Panic in the Streets and The Sniper. As the world now contemplates the 50th anniversary, it speaks volumes that Stone’s film remains the definitive cinematic rendering of the assassination, and as key questions remain unanswered, some of its themes are as timely as ever. The murky back stories of key participants and the enduring silence of the security agencies like the CIA, FBI and Secret Service on salient points has enabled endless conspiracy theories to flourish in the vacuum created by this official intransigence, with no end in sight.

Stone focuses his investigation on the only trial that attempted to hold someone criminally accountable for conspiracy in John F. Kennedy’s death, the New Orleans prosecution of shady businessman Clay Shaw (Tommy Lee Jones). The prosecuting District Attorney, Jim Garrison (Kevin Costner) leads a detailed forensic investigation that uncovers a multi layered connective thread that joins several disgruntled groups that would notionally have benefited from Kennedy’s death. Lee Harvey Oswald (Gary Oldman) is reduced to an ensemble character within an assortment of colourful personalities, some more extreme than others, as complex and undeniable threads intertwine.

JFK opens with a remarkable and prescient warning from outgoing President Dwight D. Eisenhower, as he rails against the proliferation of unwarranted influence from the “military-industrial complex”. A former five star US General urging caution in regard to this nexus would be akin to one of Santa’s elves warning about Christmas, and an astonishing development in US politics during the height of the Cold War era. Kennedy faced down the greatest threat to the planet in October of 1962 with the Cuban Missile Crisis, averting nuclear annihilation and gaining great foreign policy authority with his firm handling of the situation with the Russians. Kennedy was handed the shit sandwich of the Bay of Pigs Invasion (planned and approved during the Eisenhower administration) by the CIA upon his taking office, and would regret his further approval of the ill thought out mission. Its spectacular failure prompted Kennedy to sack the head of the CIA, Allen Dulles, and would colour and poison his relationship with the intelligence agency from that time onwards.

JFK shows Oswald as a character right in the middle of the fallout from the Cuban problem. The CIA continued to attempt to destabilise the communist state and to assassinate Castro, even cooperating in these ventures with disgruntled Mafia figures still smarting over the loss of their casino empire in Cuba. The Mob were even more upset with the Kennedy’s after Bobby pursued them vigorously as US Attorney General, feeling betrayed after mobilising support for Jack in the tight general election. The Mob had financially supported and pinned their hopes on the Bay of Pigs Invasion as the mechanism to topple Castro, and Kennedy’s backing away from that agenda only added fuel to their hateful fire.

The missile crisis affirmed Cuba’s main pillar of support was the Soviet Union, who could now position nuclear missiles within 100 miles of the American mainland. Stone asks the obvious question regarding Oswald’s defection to Russia in light of the Cold War atmosphere in late 1959. How could this ex-marine gain a re-entry passport within a week of applying for it, given his acknowledged pro-communist views? “Ordinary people get blacklisted for leftist affiliations”, says Garrison, leaving the connection with the CIA and Oswald tantalisingly open. Oswald waltzed back into the country, with a Soviet wife, and would ordinarily have acquired a CIA file a mile long with that kind of form.

Oswald next bobs up distributing pro-Castro literature in New Orleans, which should have placed him number one with a bullet on the lists of the CIA and FBI, and had him under suspicion for the Presidents visit. Oswald seemed to go out of his way to call attention to himself, and his mail order purchase of a cheap Italian rifle was not the act of a clinical assassin. It seems impossible he could go about his business unhindered by officialdom, unless there was some inside interference, or unless he was on the payroll, as suggested by his sharing a building with the CIA for his pro Cuban office in New Orleans.

What Stone’s film makes clear to the rest of the world, spoon fed on an uncritical diet of the glories of ‘Camelot’, is the level of hatred and antipathy towards Kennedy in his own country. “The Jews and the niggers got together with the Catholics to elect ableeding heart”, is how one disgusted right wing ex-FBI character sums it up. America as a fractured country of subsets and division was not an image it projected to the world, and it confirms writer Christopher Hitchens’ later observation, “There is not one America,there are many America’s”. It’s bracing to reflect that millions of Americans actually applauded the killing, especially in the south, an indication that some dividing lines ran very deep nearly 100 years after the end of the Civil War.

Notwithstanding the relative merits of Stone’s arguments, some of which are obviously derived from a very selective reading of the evidence, the film functions best in alerting the viewer to the layers of intrigue in such a complex event. There’s little doubt Kennedy had a problematic relationship with senior military and CIA personnel, the same people who’d led him into the disastrous Bag of Pigs fiasco in Cuba. The military had no such issues with the more hawkish Lyndon Johnson, who escalated America’s involvement in Vietnam almost immediately upon rising to the Presidency. The Mob were also invested by way of gambling interests in Cuba, lost once Castro came to power, and the two subplots converge with Oswald’s Cuban and CIA links.

Over 2 decades on from JFK the scholarship surrounding the event has grown exponentially, and some of the basis of Garrison/Stone’s arguments now appear weak. The ‘magic’ bullet theory has essentially been proved by ballistics experts; in as much as a single bullet could have caused the seven wounds if it did not deviate from its trajectory. Multiple experiments have since proved the victims were aligned at the time of impact, not out as alignment as previously believed. There’s little doubt Oswald got away at least two shots, and it is certain one at least shot Kennedy, the single bullet, it’s the second ‘head’ shot that is mostly disputed. A current theory suggests an accidental firing from the rear Secret Service car accounted for the different fragmented outcome the ‘head’ shot bullet represented when compared with metal jacket ‘single’ bullet. That would add weight to the fact the government agencies are still holding crucial information that shows them in a bad light.

Kennedy had the good fortune to preside over a rampant and prosperous economy, inheriting a country that was the beneficiary of the biggest consumer boom in the history of the world, America accounting for 60% of the consumption of consumer goods in the decade prior to the event. Americans were enjoying a golden age of prosperity on one hand, coupled with a paranoia and fear of nuclear catastrophe on the other, and presiding over their superpower status was an equally golden first couple with movie star looks. The enduring fascination with the shooting has as much to do with the figures involved as with the mechanics, and it functions as modern myth, a golden god cut down in his prime by a despicable nobody.

Oliver Stone produced a vibrant and compelling detective film, edited superbly, full of brilliant set pieces and detailed and nuanced argument not easily dismissed. Kevin Costner anchors the piece with a firm presence, dignified and humble, and it may stand as his best performance. Donald Sutherland delivered a star turn as ‘X’, the Washington insider who outlines the intricate web of dark skein that connected murky government deals involving the military and big business. Sissy Spacek is wonderful as Garrison’s put upon wife and the smallest roles are filled with talented and authoritative actors to deliver a broad and colourful tapestry.

Given the nature of the information available and the skewed perspectives and agendas involved surrounding the event it’s dubious that any one film can distil all of the elements involved in a coherent narrative, but JFK operates at the level of myth as much as fact, and for all it’s many flaws it remains a fascinating achievement. A must see political thriller.

* The patina of civil political discourse in a united US was forever blown away by the assassin’s bullets, and America today is even more polarised and fractured. For all the divisions it should be remembered that within 50 years of the death of John F. Kennedy America has twice elected a black president. Barack Obama still gets more death threats than any previous president, and the general population’s continued misunderstanding of what constitutes a socialist or a communist makes the right wing media opposition more effective than it should be. Money, an inadequate tax base and lack of social justice lie at the core of the new extremes, and reconciling those issues will be America’s great challenge in the 21st century. 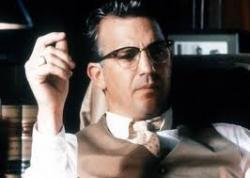 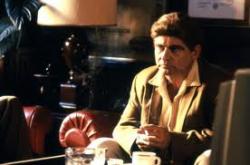 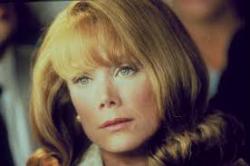 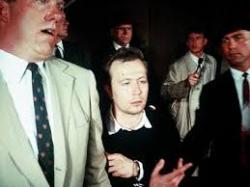 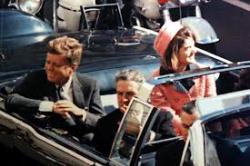 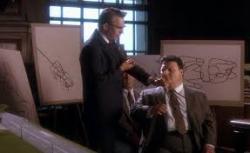