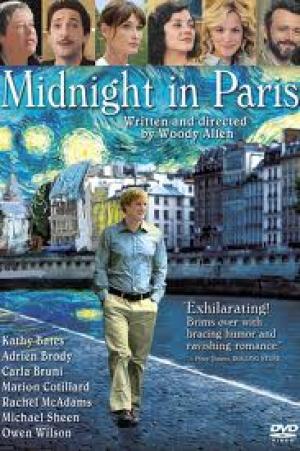 Woody Allen pulls a late career rabbit out of his cinematic bag of tricks with an excellent fantasy that harks back to his glorious 'Purple Rose of Cairo' days with the charming and nostalgic 'Midnight in Paris'. Allen opts to direct and for another actor to play the 'Woody' part in Owen Wilson, who brings his modern, laconic ambience to the central character of Gil, a 'Hollywood hack' who dreams of writing a great novel instead of lucrative but soul destroying grist for the denizens of Lalaland. Allen frames his action as a love story set in the city of lights, a perfect setting for the magical realism contained in the story. The ensemble cast is spot on and the real delight is in seeing Allen match the various famous figures that populate the tale to the appropriate actor. A knowledge of the Parisian 1920's artistic community is not essential, but it helps and adds to the fun as Allen sometimes gives the barest hint of who we've just met. Hemingway says "Hello Alice, how are you?" at Gertrude Stein's house to the woman who opens the door, and Gil when told he'd just been dancing with Djuna Barnes says "no wonder she wanted to lead".

Gil (Owen Wilson) and Inez (Rachel McAdams) are in Paris in 2010 prior to their impending marriage and are spending time with the stuffy and conservative parents of Inez into the bargain. Gil is in love with the city, and Allen reminds us of it's matchless charms with a three and a half minute travelogue opening scored by a Sidney Bechet jazz number. Inez is impressed by the comparative intellectualism of an acquaintance, Paul (Michael Sheen), a self professed expert on everything and a tireless and pedantic bore. Gil tells Inez he'd like to relocate to Paris and finish his book about a guy who runs a 'nostalgia shop', but Inez is as immune to the charms of the city as her parochial parents are. Gil wanders off alone at midnight and finds himself in the 1920's and involved with all the famous literary and art figures of the day, and attracted to Picasso's mistress Adriana (Marion Cotillard). Hemingway takes his book to Gertrude Stein for critical evaluation as Gil struggles to make sense of the new world he has access to. Gil tries to get Inez to accompany him, she gets bored before midnight and leaves. In 2010 Gil finds Adriana's published diary in a market and realises she feels the same for him, he kisses her the next time they meet and finds himself questioning his impending marriage and at a crossroads in his life.

Allen uses the opportunity to riff on all his trademark neuroses to great effect, especially with a character who could represent a life and artistic bete noire, Ernest Hemingway. Allen has made a comedy career out of his pathological fear of pain and death, and all of the resonances built up in his previous work pay off in spades when he's confronted with Hemingway's macho philosophy. To live well is not enough for Ernest, you must "look death squarely in the face... die gracefully", which evokes a kind of terror in Gil. "Have you ever hunted" Hemingway asks Gil, "only for bargains", comes the reply. Allen is sending up his own persona as much as anything and doing it with élan and relish. The gags come thick and fast, and even the surrealists cop it in wonderful scene where Salvador Dali, Luis Buñuel and Man Ray listen to Gil's forlorn tale and see nothing odd in his coming from the future, 'I see a rhinoceros" says Dali.  Gil then outlines toBuñuel a storyline for one of his most famous films 'The Exterminating Angel', to which Buñuel replies "I don't get it".

Gil is engaged in 'golden age thinking', the idea that things were somehow better in the past. For Gil his l'age d'or is Paris in the '20's, but later with Adriana he travels even further back to Adriana's ideal time, 'La Belle Époque" in the 1890's. Woody's point is a sweet one, it's all relative as Adriana finds the '20's too frantic "The time we live in, every thing so fast", she laments, and the penny drops for Gil. "I'm having an insight here, a minor one", he says, and returns to the current day able to make the changes in his life that will give his existence meaning. Gil can no longer churn out Hollywood filler to audiences like Inez and her parents who consume them as they do as time fillers between shopping expeditions and expensive bottles of wine and extravagant dinners, as he tells T.S Eliot "Where I come from we measure out our lives in coke spoons".

Woody fell in love with Paris and this is his love letter back to it, a heartfelt valentine to the city of love that proved again he can make good films away from New York. it's such a light and sweet natured fairy tale it is a hard heart that can resist the guileless grin of Gil as he discovers that a true sense of self is found within, and that only then can a shared experience be fulfilling with someone who enjoys a walk in the Paris rain. Woody Allen's output has been notoriously uneven since the late '80's, the problem that any great artist has is in not repeating himself, and that is multiplied by a factor of ten for a writer-director. In 20 years a director like Malick will make 3 films for Allen's 15, so if we get more than 3 great films in that time frame maybe we should consider it a bonus? either way with the occasional jewel as luminous and engaging as 'Midnight in Paris'  it's a welcome reminder of just how wonderful Woody can be. 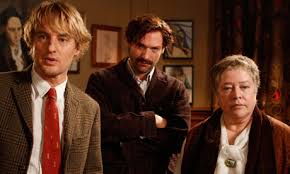 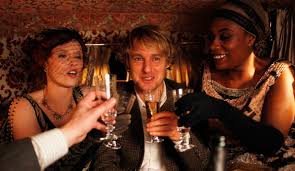 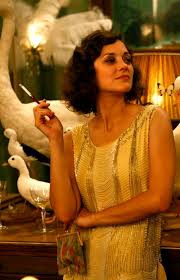