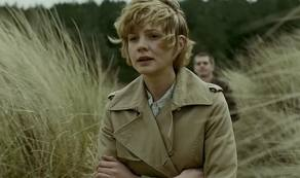 Japanese born, but English raised Kazuo Ishiguro, best known for his 1989 novel 'The Remains of the Day', wrote the source novel for 'Never Let Me Go' in 2005, and it was adapted into a screenplay prior to publication by his friend Alex Garland. American director Mark Romanek came on board for the film in 2009 and joined a cast that included the best young British actors of their generation, including Carey Mulligan, Andrew Garfield and Kiera Knightley. The story examines what constitutes humanity in light of a future that has developed medical advances that prolong median human life expectancy to beyond 100 years. The producers opted for a 'past as future' look, where an alternate history plays out against a familiar visual trope instead of any overtly 'futuristic' visual model, providing an unsettling and disturbing atmosphere. The film commences with a card that announces that due to unspecified medical breakthroughs in 1952 human longevity would greatly increase in the coming decades.

We begin in 1978, Hailsham school is outwardly an idyllic private school in the English countryside, and we join the young students at play outside. Kathy, Tommy and Ruth are all students, around 12 years of age, and everything seems normal, Cathy forming a crush on Tommy and having the affection returned. She confides in her friend Ruth, only to have Ruth take Tommy for herself. Kathy is smart and aware things at the school are odd, whereas Tommy is not as switched on and more emotional and Ruth is insecure and jealous. The school seems to focus on non-core education like art and craft, providing material for a 'gallery' in town, and encourages an emphasis on good physical health, until one day a new teacher informs the students of the true nature of their lives. We cut to a cottage 7 years later, where the adolescent Tommy (Andrew Garfield) and Ruth (Kiera Knightly) are still a couple, and Kathy (Carey Mulligan) joins them in a program to integrate the trio into the normal world before they begin their 'donations'.

The framing of the reveal in the speech the teacher gives to her young charges before being moved on, is devastating. The slow build of adjacent and odd occurrences, a ball out of bounds that no-one will retrieve, strange stories of what happens to errant students, the joy attached to a '"bumper crop" of junk available for purchase by the students, all adds up to a picture that doesn't quite fit. The teacher fills in the puzzle, "None of you will do anything except live the life that is already set out for you". So far, she could be talking from the perspective of the famous 7UP documentary series, where students will conform to the socio-economic construct of the social class to which they belong. She continues to say, "At age 28 you will start to donate your vital organs, and on the 3rd or 4th donation, you will complete". We now know this society is breeding the students for organ harvesting.

Ishiguro examines the central question of what constitutes a human soul, and he does it without the complicator of the usual religious overlay. The tacit argument, 'are these children human?' requires an objective marker, and Ishiguro cleverly uses the concept of the 'soul' as the potential determinant that this society has settled on. Given that a 'soul' is unable to be seen and is not a physical part of the human body, it cannot be harvested like other parts, giving Ishiguro a powerful metaphor for the value of the human spirit. When asked directly 'how does the 'soul' interact with the human body, the religious fall back on mysticism and cant, and can only offer an explanation that equates the answer with something that approximates an act of magic. Ishiguro avoids this trap, thankfully, and gets to the essence of what a 'soul' may represent in a secular society, i.e, an ability for a human to embrace the sublime and the transcendent, to accommodate abstract concepts of beauty and empathy, and to acknowledge a dimension of the human spirit that is touched by the unutterable and the ineffable. Typically we explore this dimension through art and music, and Ishiguro sets up the connection on both scores.

Ishiguro then uses the greatest expression of the evolution of human empathy, the ability to love, as the defining characteristic of human beings. Tommy and Kathy eventually fall for the notion that if they can prove they are in love, they can get an 'extension' on their time before they start their donations. It's a chimera, but one that leads them back to their Hailsham roots. The determining worth of these 'clones' is an ethical question, and Tommy thinks he's discovered the purpose of Hailsham's focus on art, 'they wanted to see into our souls', he tells Ruth. When Kathy and Tommy put this to Miss Emily (Charlotte Rampling), the school's headmistress, she replies, "We had the gallery to see if you had souls at all". Kathy understands the significance of Miss Emily's statement, "We were providing an answer to a question no-one was asking". Tommy wants to prove that he and Kathy are 'verifiably' in love, society is not interested, as creatures without a 'soul' cannot love. Madame (Nathalie Richard), the 'gallery' administrator, looks on as the couple leave saying "you poor creatures", as if they were a pair of dogs or cats, or lambs to the slaughter.

Carey Mulligan centres the film perfectly, locking into it's sombre and melancholy aura, and providing the fulcrum for the narrative to work with a stunning and nuanced performance. Andrew Garfield is wonderful as the slightly off-kilter Tommy, who struggles to understand the connections and resonances in the way Ruth does. Kiera Knightly, who did the film as a favour to her friend Mulligan, is fine as the vain and superficial Ruth, and her precocity not only led to an early sexual awareness, but to an understanding of the brutal truth before the others, "We are modelled on trash, junkies, prostitutes... look in the gutter, that's where we came from". Kathy is the idealist, focused on romance and beauty, hanging on to the 1950's torch song of the title as an expression of love from Tommy, while Ruth cuts straight to the sex.

'Never Let Me Go' is a heartbreaking film, a perfect realisation of a profound idea, that love exists in nature at many levels, and that as humans it is the highest expression of attachment to one another that we can align ourselves too. Love is the supreme human achievement; it need not be traduced by assigning the credit to the empty and silent heavens. It may often be diminished by populist commercialism and crass exploitation, but it survives as a sublime and powerful connection to the transcendent and the beautiful. Love is from, and of nature and as humans we have merely codified and defined it for ourselves, struggling and pushing it towards a more 'perfected' state, and sometimes it finds expression in a yearning, torch song of a film like 'Never Let Me Go'. 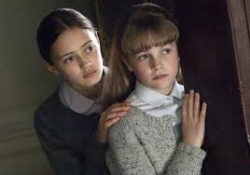 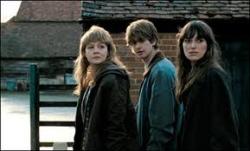 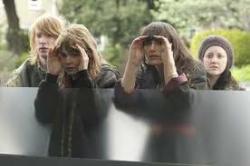 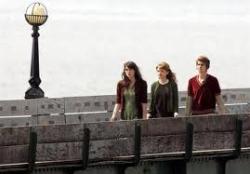