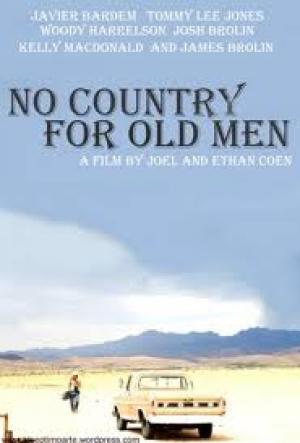 No Country For Old Men

Coen's wig out and return to form

"That is no country for old men. The young
In one another's arms, birds in the trees
– Those dying generations – at their song"

The Coen brothers showed a penchant for suspense with their very first feature, the gritty and kinetic Blood Simple  in 1984, and their ability to build and sustain tension reaches a kind of apotheosis with the country-noir masterpiece that is No Country For Old Men.  After a relatively fallow few years, post their lovely period comedy O Brother, Where Art Thou?  in 2000, the pair bounced from the arty to the derivative in a slew of features that never really fully cohered with their unique abilities. That changed dramatically with this unexpectedly serious and intense piece set in Texas in 1980, but still with trademark, oblique characterisations and Coen quirks, often contained in Javier Bardem's brilliant  realisation of the villain Anton Chigurh. In his ninth collaboration with the brothers, cinematographer Roger Deakins makes the most of the vast open prairies of West Texas and shoots the film with sombre hues and shadowy tones. The return to form was roundly applauded as it duly won Best Picture and the Coen's Best Director and Screenplay Academy Awards.

Llewellyn Moss (Josh Brolin) is a good ol' boy out hunting on the plains when he stumbles upon a drug deal gone wrong, bodies everywhere, one survivor hanging on in a pool of blood and a truck full of cocaine. He disregards a request for "agua"  from the dying man and goes off tracking the "last man standing"  who he finds dead with a case containing $2 million. Moss hides the money at his trailer home and tells his wife  "I'm fixin' to do somethin' dumbern' hell but I'm goin' anyways. If I don't come back, tell Mother I love her,"  as he takes water to the dying man in the middle of the night. Moss is discovered at the remote site by criminals associated with the deal and the chase is on to recover the money from him. Anton Chigurh (Jarvier Bardem) hunts the hunter, and Sheriff Bell (Tommy Lee Jones) hunts him.

The elegiac and poetic tone of the film is set by the mesmerising voiceover from Bell as he recalls times and values of a bygone era of law and behaviour which contrasts against the changing nature of the 'modern' crime he is about to investigate. The Coen's also kick off with an attention getting sequence where Chigurh strangles a deputy sheriff to death, and as Hitchcock did in Torn Curtain  they avoid the standard shorthand 'movie' technique and indicate just how difficult it is to strangle someone to death, and they visually reveal the dissociative psyche of Chigurh in the process. In stark contrast to this killing machine is the laconic lawman Bell at the fire-fight scene when his deputy somewhat redundantly observes, "It's a mess, ain't it?",  Bell shoots back dryly "If it ain't it'll do until the mess gets here".  Bell senses that his good old boy Moss is being hunted by a virtuoso assassin, and knows the high stakes he's playing for against a new breed of criminal.

The suspense and the tension the Coen's generate and sustain builds piece by piece, and just when we settle in to the three way chase they introduce Carson Wells (Woody Harrelson) a cowboy enforcer, an indication that Chigurh's bosses are unhappy with developments. Carson tries to reason with Chigurh buts fails, "Do you have any idea how crazy you are?"  he tells him. Moss is able to momentarily turn his hunting prowess to good advantage and wounds Chigurh, who nevertheless promises to kill Moss' wife Carla Jean (Kelley MacDonald). Events play out in such a way the killing of Carla Jean becomes pointless, but Chigurh finds here and gives her the same option he'd given an elderly gas station attendant earlier, her life on the toss of a coin. In one of the anchoring moral moments of the tale Chigurh finds a person strong enough to refuse his Mephistophelean deal, and she puts the onus back on him to choose her fate rather than the option of a coin toss which abrogates his responsibility.

Carla Jean's decency and stoicism is positively old fashioned against this evil juggernaut, like Bell's feeling he's "overmatched"  when he considers what new criminals have evolved into. "Signs and wonders"  Bell says regretfully in a low key discussion with his uncle Ellis, another old lawman, as he knows his time and style of policing is passing. Bell tells his wife of a dream where he sees his father going on before him in the snow, carrying fire in a horn, "goin' on ahead and fixin' to make a fire",  and knows he'll be waiting for him to get there. It's a fine metaphor to wrap the story in as Bell realises the future America is facing is one of a battle for cocaine and money, and is 'no country for old men' like him.

The poetry the Coen's unlock in the script is enhanced by the visual tones and the well measured pacing, reflective when it needs to be and adrenaline charged during the action, it's a delicate balancing act but they do it superbly. Tommy Lee Jones is the film's compass and soul and his steady presence is a great anchor from which the Coen's work. Brolin is fine as the taciturn Moss, and Harrelson's work is always reliable, but it's Bardem's star making turn that stays in the mind. He plays Chigurh as an asexual automaton, a sociopath with a queer code of his own who makes not the slightest allowance that any skerrick of humanity could creep into his calculations. A great portrayal of a memorable character.

The Coen's rode the wave of confidence that the success of No Country For Old Men  inspired to a couple of worthy efforts in Burn After Reading,  a more typically offbeat and quirky black comedy and A Serious Man,  a film that defies categorisation in many ways but is amongst their more interesting. The brothers then hit another career peak with the brilliant western re-make True Grit' before constructing the superbly acidic valentine to the Greenwich Village folk scene of the 1960's with Inside Llewyn Davis. No Country For Old Men  was a great reminder of the formidable capabilities of the siblings and a fine return to form, it will stand as one of the premier efforts from one of America's best modern filmmaking teams. 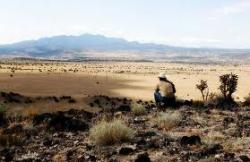 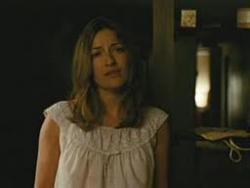 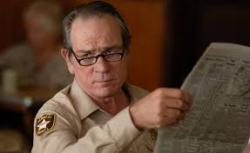 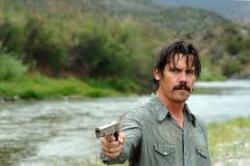