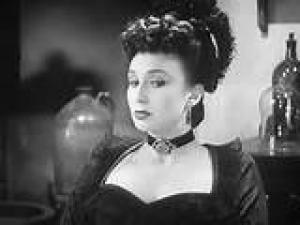 "It's flattering to make a picture which becomes a classic within 10 years; it's not so flattering, however, when people get the impression it's the only picture you've ever made."
~ Robert Hamer

Robert Hamer had proved something of a precocious talent and after a period as an editor at Ealing, Michael Balcon gave Hamer his first directorial job, the haunted mirror sequence of Dead of Night,  where he duly triumphed over the 3 other experienced directors on the film. Hamer, brought up in a wealthy, upper-class household, acidly looked at the tormented middle-class newlyweds in that piece and set up a model of class concerns that would enliven his best work. His first solo feature film, Pink String and Sealing Wax,  also exposed the gritty underbelly of bourgeois life and examined a class divide between very different cultures in Victorian England, a stilted and joyless middle class family, rigidly ruled by the respected Mr Sutton (Mervyn Johns), a chemist and public official and the bawdy pub culture of bar girl Pearl (Googie Withers), whose dark and scheming ways draw in the innocent David, the unhappy son of the chemist.

Mr Sutton’s dutiful son David (Gordon Jackson) is becoming more disobedient as he realises the depth of his father’s rigid moral code, and of the boundaries it places on family happiness. David is something of a romantic, and drowning his sorrows he falls into the nearby nether world of the seedy pub scene where Pearl, the landlady of The Dolphin tavern is in an unhappy marriage with the alcoholic Joe (Garry Marsh), and wants to escape to be with her oily lover Dan (John Carol), a local villain. A drunken David rebels further by developing a crush on Pearl, who treats him with thinly disguised contempt, but soon sees an opportunity to exercise his expertise with chemicals to poison her husband.

Hamer delineates a battle between a severe, Old Testament Christian ethos, as evinced by the elder Sutton and the effete, romantic philosophy that David gives voice to. “Why do you not try to make them love you rather than fear you?”  Sutton's long suffering wife asks of him, “God is love but we are taught to fear him”,  is his terse reply. Hamer accents the kind of patriarchal trap that women like Mrs Sutton were condemned to when she tells him, “If it weren’t for the children I’d leave,”  a stunning idea for the time, but he also hints at the wider problem by sympathetically indicating that “the law of the land allows married women to have no property.”  Pearl takes a more drastic approach to getting out of her poisonous marriage, and to secure her financial future at the same time, but one idea cuts through regardless of class, that women of the time were second class citizens.

Pearl, a former prostitute, is a schemer and a survivor, fighting off the competition for the smarmy and superficial Joe, and she represents an independent and determined (and modern) woman. Hamer contrasts the earthy Pearl with the genteel poise of David’s sisters, Peggy and Ellen, both determined to find a way out of the strictures of their father’s rules. Hamer uses some delightfully wicked lines when Ellen steals money to finance the plan during Sunday’s church service, saying “Do you think the unenlightened heathens will miss seven and six?”  Hamer worked hard to make the disparate worlds of middle brow sterility and lower depths earthiness cohere and mostly succeeded, albeit with an unsatisfying studio imposed ending.

Googie Withers, an under-rated and remarkable actress, elevates the film with a superb performance that delivers a heady mix of the manipulative cynicism, vulnerability and guile needed for the heartless Pearl, following up one her fine work for Hamer in Dead of Night.  She worked for him again in the brilliant It Always Rains on Sunday  and would make a mark for Jules Dassin in the fine Noir,  Night and the City,  opposite Richard Widmark. Mervyn Johns is memorable as the stern and joyless patriarch, who ultimately conjures some sympathy for a man conditioned to play a role by Victorian values and Gordon Jackson is touching and very good as the hopeful, young David. One of the highlights is the comic performance of Catherine Lacey as the tipsy Miss Porter, one of the fallen women who frequent Joe’s bar.

Hamer favoured a studio bound look that achieves the kind of askew reality that Hitchcock did so well with, giving the film a slightly bent feel that accents the dark undercurrents. Hamer uses some delicious and macabre visual touches, like Pearl’s casual flinging of her widow’s veil onto the martial bed after Joe’s funeral or the use of mirrors to accent Pearl’s duplicitous nature. The mores of the time meant that the bleak suicide denouement had to be underplayed and the tacked on, upbeat postscript seems undermines the ending. The bravura one and a half minute crane shot in Pearl’s final walk anticipates Hitchcock’s similar move in Frenzy  by nearly 25 years, and reflects the influence of the French poetic Realists like Duvivier and Carné on Hamer’s work.

Pink String and Sealing Wax  was based on a play by Roland Pertwee (father of Jon, the third Dr Who) the title refers to Sutton's method of wrapping his prescriptions, but it’s also a metaphor for a man who likes things neat and tidy. Hamer made an effective, entertaining and solid film from the property and made enough of a splash to be offered further directing work at Ealing. Hamer would achieve a rare perfection with his next two films, the under-rated It Always Rains on Sunday  and shortly after with his undisputed masterpiece, the endlessly lauded Kind Hearts and Coronets  in 1949. Robert Hamer, in popular thought at least, ended his career as a drunk who had squandered his gift, but a closer look sees a legacy of half a dozen excellent films that get better with age, and that can’t be said of all his more popular contemporaries. 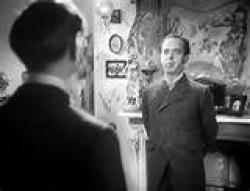 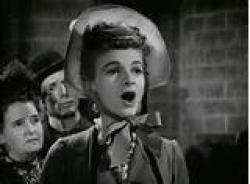 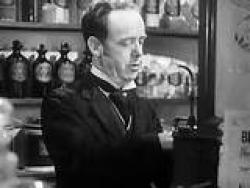 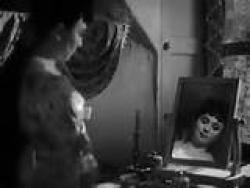