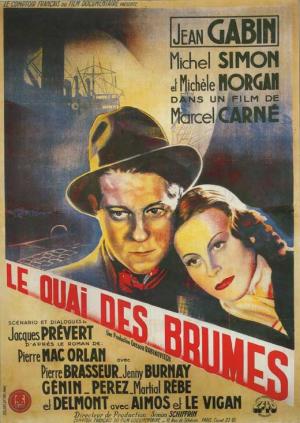 This is one of the greatest classic French films for me, and along with 'Pepe Le Moko' and 'La Bete Humaine' has a note perfect Jean Gabin performance. I would personally prefer poetic fatalism as a description of this style of film, as it hangs like the fog that we see in the opening shot. A weary and haunted Gabin is on the way to somewhere, anywhere, and we’re along for the ride. The mood is sombre, the situations understated, but compelling. All the characters seem destined to reach for something better than their world is prepared to yield, so frustration and melancholy dominate. Gabins world is momentarily brightened by a young woman that time and circumstance has not yet completely ground down, in ways that would be unthinkable in the Hollywood of the time. Sexual frankness…. mon dieu!

Carne establishes the mood with a lonely road and Gabin’s soldier Jean, a solitary figure emerging from the fog, he’s a deserter heading for the port of Le Havre. He’s not much for words but immediately establishes that he’s escaping from a ‘fog of the mind’, mental scars from watching young men die by his soldier’s gun. Jean has an ability to attract strays, first a dog and then later a lost girl, the luminous Nelly (Michele Morgan) and we come to realise it’s his innate integrity to which they are attracted. This is countered by the villians of the piece. We meet the slimy Zabel (Michel Simon) a shopkeeper with delusions of upper class repectability, repelled by the small time gangsters like Lucien (Pierre Brasseur) with which he has to do business.

As Jean looks for a way out, he encounters the lost souls at Panama’s, a run down tavern by the river who take him in. There he encounters the painter who encapsulates the overarching philosophy inherant in poetic fatalism when he states ‘a swimmer is already a drowning man’. Meeting Nelly there Jean gives her his cynical take on love, but faced with the gorgeous vison in a beret and raincoat he realises she’s in need of escape as much as he is. The painter also hints about what’s ‘hidden’ behind the surface’ and in a way that’s the concern of the film. Carne and Prevert are concerned with facade versus reality. On the surface Jean is a deserter, running away from responsibilities, but underneath a genuine dignity resides. Zabel is a respectable businessman, with a love for religious music and the finer, higher things but that hides a murderous and jealous heart that lusts for his god-daughter Nelly, for whom he is also the legal guardian.

The sub plot about a young thug trying to mark his turf and establish his machismo, also intrudes on Jean’s solitude and plans. The insecure and slightly psychotic Lucien is put in his place by Jean and broods until he can wreak his inevitable revenge. There’s a beautiful grace note regarding a suicide, it’s touching and portentious at the same time, a glimpse of a half longed for fate maybe. Jean merely shrugs off the vagueries of this world, and walks his own fatalistic path regardless. These characters are alone and not alone, an eternal dilemma that in this world holds no trite answers, if any at all. The best they can hope for is the occassional ray of light to penetrate the fog of loneliness. Nelly and Jean find a night of happiness and instictively know such beauty is fleeting, hoping against hope that they can plot a future together in some mythical place. The divide between men and women temporarily bridged. Carne and Prevert weave an existentialist subtext into the script, hinting that meaning is to be found in little dreams, like the drunk who dreams of sleeping between two white sheets.

The look is timeless and the performances hold up beautifully to modern sensibilities. Without this type of film as a key influence it’s hard to imagine Hollywood getting the Rick part in 'Casablanca' so right. Gabin was known as the French Bogart to some, but he did get there first. Carne and his playwrite scenarist, Jacques Prevert would collaborate many times during this period, but none are better or more perfectly realised than this tale of a lost soldier in a lost port. 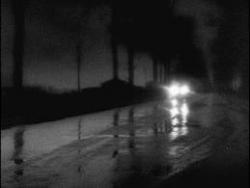 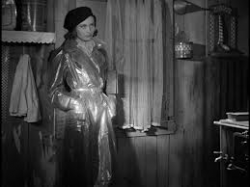 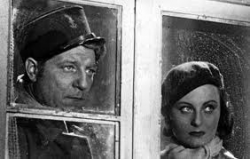