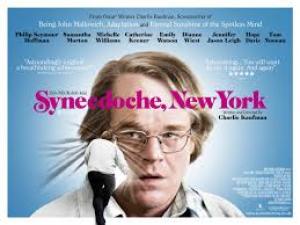 “All the world’s a stage, and all men and women merely players”
- William Shakespeare.

The awful news of Philip Seymour Hoffman’s early death is a significant loss to the global community of the arts, and a reminder of the fragility and tenuousness of life. Charlie Kaufman’s brilliant and singular directorial debut, Synecdoche New York is, thankfully, also a showcase of the supremely talented Hoffman at the top of his form, and one of the best American films of the decade. The film is a prime example of Magical Realism, a genre that Kaufman has almost single-handedly dominated in America via his ingenious screenplays for Being John Malkovich,  Adaptation  and Eternal Sunshine of the Spotless Mind,  and Synecdoche New York  fits seamlessly into this tradition, and is possibly the finest of them all. Spike Jonze was set to direct, but pulled out to do another film, so Kaufman took the director’s chair. Any notional loss in visual flair was more than compensated for by Kaufman’s script, full of rich imagery and redolent with ideas and metaphors that challenge and delight. Hoffman's superb performance is beautifully supported by a wonderful supporting cast, particularly the fine work from the women, Samantha Morton, Michelle Williams, Catherine Keener and Emily Watson.

Caden Gotard (Philip Seymour Hoffman) is a man who fears death, and he simultaneously struggles to deal with the decay of his relationship with his artist wife, Adele (Catherine Keener) and the decay of his own body. He is foundering on a ‘worthy’ project, a revival of Arthur Miller’s Death of a Salesman, but Adele tells him he should not be doing “someone else’s old play”,  and doesn’t even front for opening night. Caden is attracted to Hazel (Samantha Morton) a down to earth woman who is not ‘intellectual’ or artistic, but doesn’t have the guts to leave Adele. Adele leaves him and becomes a successful and acclaimed artist in Berlin, and Cadem finds solace by eventually marrying the narcissistic actress Clair (Michelle Williams). Caden’s future is secured by the endowment of a generous “genius grant",  a fellowship that allows him to pursue his personal artistic vision. Freed from budgetary constraints and working to no timetable, he indulges his talent by focusing his gaze obsessively upon his own navel.

Kaufman takes as a start point the phrase, “Life is not a dress rehearsal”, and simply examines the implications if it were, via the rubric of an anxious and lonely Caden Cotard. Caden is given a gift, the ability to produce any project he desires, but he confesses, “I don’t know where to start”,  but his art is a metaphor for his life. He seeks Hazel’s advice, trusting to her non artistic, common sense, “Just tell me what to do”,  but she counsels, “Everyone has to figure out their own life”.  The title of the film itself is a play on words, synecdoche meaning, the part referring to the whole, as meaning is fumbled for by a character who spends his life ‘rehearsing’ for his life, or delaying commitment. Kaufman also incorporates the idea of the psychological condition known as the Cotard Delusion, the sufferer being someone who thinks they are either dead, or don’t exist, and that people they know have been replaced by impostors.

In true Kaufman-esque fashion the ironies pile up, given the film is a meditation on the fear of death, a solipsistic tale couched in the surreal and theatrical argot that is Kaufman’s idiosyncratic talent. Kaufman uses several recurring motif’s to underscore his symphony of oddity, including the perpetually burning house that Hazel chooses to live in. Hazel finds a level of contentment in an ordinary life with an ordinary man, has children and braves the ‘fire’ of normality. If Kaufman sees this choice as heroic, it’s reinforced by the denouement where Caden shares the last day of Hazel’s life with her in the burning house, “The happiest day of my life”,  he attests quietly, after Hazel succumbed to “smoke inhalation”  after 30 years.

Another motif is the constant feeling that something is going on in a miniature world that we can’t see to understand. Caden feels threatened by viruses, dissolving in a fit of obsessive-compulsive cleaning, fearful of the unseen as his health deteriorates. As if to mock his neuroses Adele’s art is in producing detailed miniature portraits, the small world revealed and understood under her insightful gaze. As if to compensate Caden attempts to create a world on a huge scale, a comic bizarro universe where he is determined to ‘direct’ a theatrical version of his life, a life he can’t control any other way. Kaufman extrapolates this notion to a frightening degree; eventually peopling it with actor’s playing Caden and his friends and family, until Caden starts playing Ellen the Cleaning Lady, a role in which he excels.

Death permeates the narrative to a huge degree, with funerals occurring with monotonous regularity. Caden’s father gives “The longest deathbed speech anyone has ever heard”,  and the actor Caden commits suicide, claiming “watch me learn that after death there is nothing…. No love”.  It’s at a funeral that Caden states, “There are nearly 13 billion people in the world, and none of those people are extras, they are the leads in their own story and need to be given their due”.  As he ages he gets closer to realising life is not an extended rehearsal, “I know how to do this play now”  he says, as the disembodied voice in his earpiece gives him a final piece of direction, “Die”.

Kaufman has created a bittersweet ode to the need for connection, “everyone is everyone”,  for humans to find meaning outside of themselves that can translate into an internal epiphany. The existentialist finds meaning in his own life, under his own terms, and this is the final realisation that Caden extracts from the ‘play’. “The end is built in to the beginning”,  says Hazel, as Kaufman frames his musings in a poetic and whimsical way, extracting the full weight of melancholy inherent in the human condition, one predicated on the certain knowledge of our inevitable death. Caden posits various titles for the never-produced play over the course of the narrative, from “The flawed light of love and grief”,  “Unknown, unkissed and lost” to  “The obscure moon lighting our obscure world”,  managing to be sardonic and sweet at the same time. It’s this lightness of feeling that keeps the tone from sinking into the maudlin or dissolving from pretentious intellectual heaviness.

Philip Seymour Hoffman perfectly embodied Kaufman’s neuroses as the theatre director who struggles with an existential crisis of tragi-comic proportions, as the lines between reality and theatricality vanish. The role is incredibly demanding as Cotard is on screen in almost every scene, the true lead in his own life story, and Hoffman makes it his own, capturing every nuance in Cotard, from insecure introvert to grandiose auteur, it’s a stunning characterisation in the true sense of the word. As fine as many of his other, better known work was, this may be his crowning achievement when the history books get written. “Can you understand loneliness”  Caden asks the ‘substitute’ Hazel (Emily Watson), and those few words resonate even more with the fate Hoffman suffered. Synecdoche New York  is part of the legacy he leaves behind, and it’s a profound one, one that hopefully gave Hoffman a modicum of solace while he battled his demons, and leaves a lasting testament to his enormous talent that maybe, in some small measure, brings his family some comfort.

Charlie Kaufman created a one of a kind masterpiece with this film, one that both glorifies pretentious and intellectual artistic pursuits, yet takes the piss out of them at the same time. It's a piercing essay on alienation and artistic block, finding areas that Fellini hinted at in his masterful 8 1/2., and is a worthy companion piece to that timeless classic.  Synecdoche New York  is a blistering satire/farce with balls and smarts, and an affirmation of the beauty of an idea holding power, beyond the bells and whistles of any overblown Hollywood confection. Stunning. 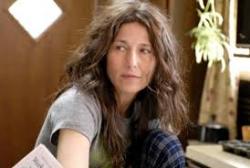 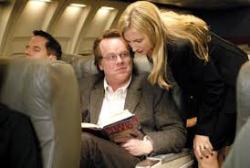 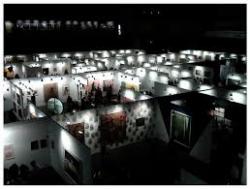 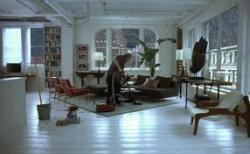 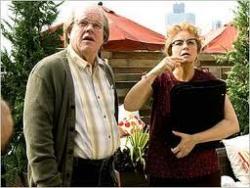 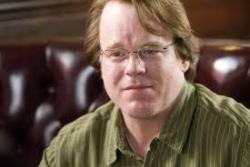