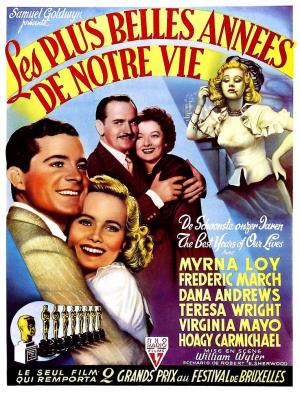 The Best Years Of Our Life

“If anybody doubts my loyalty to my country, I'll punch him in the nose, and I don't care how old he is.”
~ William Wyler (aimed at Cecil B. De Mille)

German born William Wyler had spent WWII making films for the US military, notably the awarded documentary Memphis Belle and upon his return to Hollywood the decorated veteran turned his attention to making a film about WWII G.I.’s making their integration into civilian life. An Oscar winner for Best Director for his last Hollywood film, Mrs Miniver, Wyler was tapped by the savvy producer Samuel Goldwyn to direct the Robert Sherwood adaptation of a MacKinlay Kantor novella, Glory For Me. Goldwyn, who actually commissioned the novella, encountered resistance from Wyler even though he and Wyler had enjoyed several successes over the past decade, as Wyler was reluctant to work for another producer given he was in the process of setting up Liberty Films with fellow directors Frank Capra and George Stevens. Wyler decided he wanted to make a film with meaning instead of escapist fare and signed on, quickly pulling in his key collaborator in cinematographer Gregg Toland, another Goldwyn alumnus, to shoot the piece in moody black and white.

WW11 veterans and total strangers Al (Fredric March), Fred (Dana Andrews) and Homer (Harold Russell) are caught up in the stampede of returning serviceman trying to get transport home. They eventually hop a military aircraft to their hometown of Boone City and get to know each other on the way, establishing a friendship based on shared experiences with similar challenges ahead. Each struggles to assimilate to civilian life for different reasons, all carrying different scars from the recent conflict. Homer’s scars are physical as he’s lost both his hands and is unsure if his sweetheart or his family will accept him in his new condition, whereas Fred’s scars are mental as his constant nightmares attest to. Al, a successful middle-class businessman, is seemingly in the best position to return to ‘normality’ as his bank has offered him a promotion, but he realises things have changed and the priorities he held before the war no longer hold sway. Fred struggles with alcohol as Al’s daughter Peggy (Theresa Wright) falls for him, causing friction with her mother (Myrna Loy) given Fred’s a married man.

The war stripped any desire for Wyler to provide a propaganda piece in defence of the sacrifice ordinary Americans made in the fight against fascism. Wyler saw up close the cost of the war and infused his film with the kind of respect for ordinary soldiers and attention to detail that achieved an effortless verisimilitude. The film is not sweetly sentimental but is archly sentimental at the same time, a seeming contradiction which requires great touch and elan on behalf of the director and of the performers. Wyler keeps his focus on delivering dimensional depictions of ordinary people, coping with extraordinary circumstances and extracted superb performances from his ensemble. The central figures are men returning from an experience that will forever define their lives, in ways civilians can never hope to understand, and it is this tension that informs the characters and lies at the heart of the piece.

Wyler also had the courage to stay with a running time of nearly 3 hours, almost double the normal feature length during that era and box office poison for cinema chains. That decision, however, is what allowed him to make the film as detailed and nuanced as he required in order to build the story and characters in a more complex way. Peggy dating an alcoholic, married man was a big stretch for the Production Code and having an actual disabled vet play Homer, who lost both his hands in the war, is a reminder that in 1946 there was no CGI to fake that disability, something Wyler refused to shy away from in order to confront his audience.

Post WWII audiences proved ready for darker, more adult fare, hence the rise of Film Noir and the steady decline of the influence of the Code over the next decade. That decade also saw a consumerist boom that dwarfed any seen previously and one that has only recently been matched by China’s middle-class miracle in the 2000’s. America between 1946 and 1960 saw average incomes rise by six times as the re-tooling of wartime production capability focused on consumer goods for burgeoning suburban houses. The middle class benefitted in a way future Americans were denied because of Reagan’s Neo-con policies and globalisation and the illusion of trickle-down economics. The America of The Best Years of Our Lives is on the cusp of this boom, and social justice issues are at the heart of the problem Al encounters when he returns to the banking world. It was the depiction of bankers as greedy, arch-capitalists in Capra’s It’s a Wonderful Life and as uncaring number crunchers in this film that would justify HUAC calling Hollywood a leftist cesspit and prosecuting many writers and directors for these ‘liberal’ ideas.

The central performances are all beautifully realised, and testament to a demanding director who was renowned for making repeated takes until he got what he wanted. Myra Loy supposedly asked Goldwyn, upon the offer of working on the film, if Wyler’s reputation for being a sadist was warranted, ‘No, he’s just a mean son of a bitch’ came the reply. The women really shine in the film, which importantly balances out the main male heavy story line - Virginia Mayo is great as the too earthy and needy bad wife, Myrna Loy radiant as the good wife and Theresa Wright surprisingly effective in a very demanding role. The film is populated by very fine bit players, Hollywood stalwarts all, as familiar faces continually pop up in small roles, with Hoagy Carmichael’s a notably enjoyable contribution.

The film proved more than timely, its success was immense and immediate. It won 7 competitive Oscars, Best Film and Best Director amongst them, as well as acting Oscars for Frederic March and Harold Russell. The film was one of the most popular films of the decade and is one of the key films in understanding Post-War America. William Wyler proved the ideal director to deliver a deeply empathetic piece, given his devotion to his new homeland and his own war experience.* Wyler went on to further glories in a stellar career, but The Best Years of Our Lives remains a potent time capsule of a fraught period and a key humanist missive from the front lines. Wonderful.

* Ironically that commitment to his new country was not enough to pacify quasi-fascists like Cecil B. DeMille from coming after Wyler in a Screen Director’s Guild struggle for power in October 1950 during the HUAC fiasco. DeMille was trying to wrest control of the Guild from moderates led by Joe Mankiewicz and force a vote on a loyalty oath and during his speech questioning several émigré directors he deliberately pronounced several names of Guild members to emphasise their ‘foreignness’ – Vileder for Wilder, and Viler for Wyler. During WW1, when DeMille was eligible to serve, he did not, he stayed in the US and joined the equivalent of Dad’s Army. In a famous exchange, John Ford called DeMille out on the whole putsch at the meeting, and then privately retracted his public repudiation the next day according to Joseph McBride. 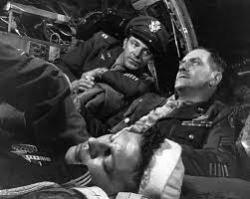 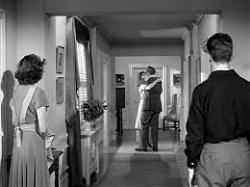 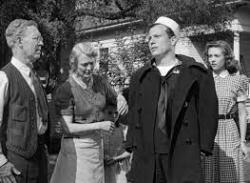 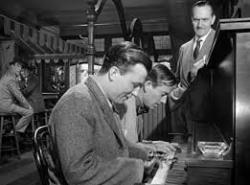 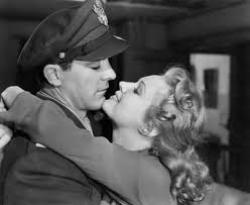 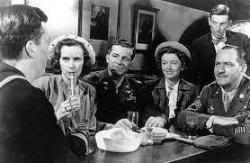