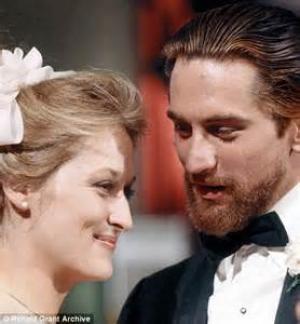 "No event in American history is more misunderstood than the Vietnam War. It was misreported then, and it is misremembered now."
~ Richard M. Nixon

Michael Cimino had steadily built a career as a whiz-kid director of TV ads through the ‘60s when he went to Hollywood and, via a series of writing jobs, managed to score a job directing the modest Clint Eastwood vehicle Thunderbolt and Lightfoot.  After that hit Cimino was surprisingly able to negotiate a deal for a big budget ($8.5 million) film on the risky and touchy subject of the recently ended Vietnam War.  Hollywood had not fully addressed the wrenching scar that the war had left on the American psyche, but this film and the worthy Hal Ashby entry Coming Home  went head-to-head at the 1979 Academy Awards. Despite concerns over the budget blow out ($15 million) and long running time (3 hours) the film struck a chord, making a profit and winning Best Picture and Best Director for Cimino. Starting at the top, like Orson Welles before him, meant Cimino had only one direction to travel.

In a small Pennsylvania steel town preparations are under way for the wedding of Stevie (John Savage) and the lightly pregnant Angela. Stevie and his foundry co-workers are keen to celebrate in style because three of their number, Stevie, Nick (Christopher Walken) and Michael (Robert De Niro) are shipping out to Vietnam in the days following the wedding. The guys share drinks at John’s (George Dzundza) local tavern with Stan (John Cazale) and Axel before the ceremony, which is held in the local Russian Orthodox cathedral. Nick’s girlfriend Linda (Meryl Streep) seeks refuge from her drunken father in the house Nick and Michael share, and it’s clear Michael is attracted to her. After the wedding celebration Michael takes Nick, Stan, John and Axel on a deer hunt in the nearby mountains.

The film shifts abruptly to the jungle of Vietnam for the second act, where Michael is isolated and fighting in a small village when he is accidentally found by Nick and Steve. The three are captured and tortured by the Vietcong, who force them into playing a brutal game of Russian roulette. They manage to escape but Steve is physically damaged and Nick is emotionally damaged in the process. Michael manages to get Stevie sent back to the states, but Nick goes AWOL in Vietnam. Michael returns home and strikes up a relationship with Linda, before he honours a promise to Nick and goes back to find him, as Saigon is falling under Vietcong control.

Cimino takes a Ford-ian approach to the subject and bookends and centres the film with the communal rituals, formal and otherwise, of ordinary life. This allows Cimino to make a film about the Vietnam War that is not really about that particular conflict at all. The Deer Hunter  is about the friendship and desire, about finding meaning in a fractious and unpredictable world, and about ordinary people under extraordinary pressure. It offers no accountability as to the politics of the war, or comments on why young American soldiers were dying by their thousands in South East Asia, it merely lays out the extent of the damage. It was condemned as 'racist' due to its one dimensional portrayal of the Vietnamese, but that seems to be missing the point entirely, as clearly the grotesqueries presented as North Vietnamese are ciphers for the evil-that-men-do, and extreme ones at that. People confuse art with history, but The Deer Hunter  makes no claims to be either history or documentary, and that Russian roulette as a game in Vietnam did not happen does not take away from the power of the film or diminish the effectiveness of the metaphor.

The Deer Hunter  contrasts the notion of simplicity and purity, “one shot” against the hell and chaos of a society being destroyed and looks at the damage that results for those that considered themselves ‘liberators and protectors’. The urge to distil any issue to a simple black and white delineation for purposes of clarity is understandable, and this desire is at the heart of the film, the need the general US populace to make sense of the complex and disastrous Vietnam conflict. The film appeared at a time when many of the Cold War certainties that had caused America’s entry into the conflict had foundered, and it looked back on the reality of an increasing body count, and of the seeds of the anti-war movement that would eventually force Nixon out of South East Asia.

Cimino opens the film with the haunting and delicate theme Cavatina,  and spares no detail in showing the camaraderie and humanity in the small steel town as the friends prepare for the wedding. Cimino foreshadows the difficult fate of the newly weds in a small moment where drops of wine are spilt on a white wedding dress, emblematic of the subtle touches he employs to underpin his theme of tiny corruptions existing inside of everyday joys. Michael is a demanding and frustrated member of the clique and holds others to account when they fall short of his standards, and it is this single-mindedness that enables him to physically survive the horrors in the jungle. It's Michael who reminds Stan that clarity is needed, holding up a bullet, "This is this, this ain't something else, this is this".  In many ways the film is about examining what happens when clarity is lost or diminished, when old certainties vanish. Stevie is broken mentally and physically, and Nick, at least superficially, appears to have survived the ordeal, but his wounds are invisible and deep.

The fallout at home is equally as devastating, and it’s this aspect that Cimino looks at in the final third. Linda has survived domestic violence from her father, the disappearance of her fiancé and looks to a damaged and taciturn Michael ("I feel a lot of distance")  for what comfort she can find. Michael visits Stevie and helps him negotiate the long road back, but it’s his promise to Nick that leads him away from Linda, knowing that if he can bring Nick home his chance with Linda is over. Michael honours his promise and his friendship with Nick, it’s a hard choice but one that conforms to his code. The fractured shards of their lives are pulled together by another ritual, a funeral, and an impromptu, if ragged and non-triumphant rendition of God Bless America,  which feels like a country grasping for its identity and meaning in the face of the realisation of government duplicity and betrayal, rather than a celebration.

Robert De Niro anchors the film with a bravura performance as Michael, one of the crowning achievements of his brilliant career. The pent up frustrations at the damage done, the brooding intensity and his aching stillness all serve to make the character feel authentic, but the explosions and fireworks during the war scenes take his work to the next level. Cimino’s supporting cast is amongst the richest and most effective ever assembled in an American film, with Christopher Walken taking the honours for his shell-shocked soldier, and winning a Best Supporting Actor Oscar in the process. Meryl Streep took a major career step and earned an Oscar nomination for her role, and she’s incredibly effective in the crucial role of the woman torn between Nick and Michael. Streep’s partner, John Cazale (so good as Fredo in The Godfather), is lovely as Stan, but the actor had been diagnosed with bone cancer and he died soon after the film wrapped. John Savage gives a career best performance as Stevie, but every small role feels full and detailed, part of the strength of Cimino’s perfectionist approach.

Cimino’s perfectionism and reluctance to cut down his lengthy sequences saw the budget blow out to almost double at $15 million and the running time expand to just over three hours. Normally either of these elements would be enough for a studio to take control from the director, but incredibly Cimino stayed attached, even though the battle over the final cut was as tortuous as the claims over who wrote what, which had to be settled by the Writers Guild. What is clear is that Cimino is responsible for a masterpiece, whatever the claims and counter-claims. It was Cimino who controlled every element of the pre and post production and who fought for the detail and running time, ultimately it’s a major work of substance, an epic for the times.

Michael Cimino made few friends with his difficult demeanour and methodology in the industry, although obviously many actors have a reason to be grateful to him, but the cachet that he earned for winning both the Best Director and Best Picture Oscars was short lived and soon squandered. Cimino’s perfectionism and propensity for total control and his taste for making statements on a grand scale came together in the perfect storm of Heaven’s Gate,  the now notorious film that ended United Artists studio. Cimino never recovered, but thankfully, and put simply, The Deer Hunter  is an astonishing and visceral film and its legacy alone is one to be proud of. 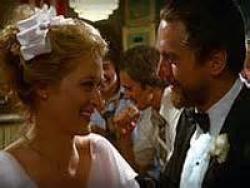 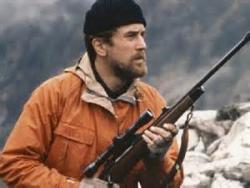 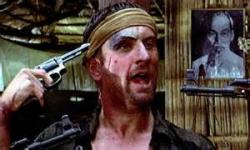 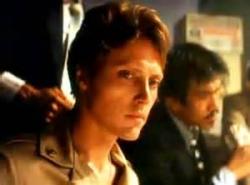