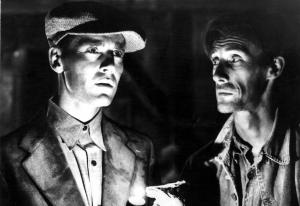 The Grapes of Wrath

Grapes Of Wrath is one of the landmark cinematic achievements in American film. Full stop. It had it’s roots in a series of articles John Steinbeck wrote in 1936 for a San Francisco newspaper called ‘The Harvest Gypsies’, about the plight of dust bowl refugees driven off their land in the mid west and looking for work in California. Steinbeck expanded the articles to a novel which became a best seller in 1939, and Daryl Zanuck acquired the film rights almost immediately. John Ford was desperate to do the film, as it resonated with his Irish ancestors past experiences in the potato famine, events covered by his cousin Liam O’Flaherty’s 1937 novel ‘Famine’.

Nunnally Johnson wrote the screenplay and Ford dragged in a few of his stock company actors to fill the roles, notably John Carradine as Casey the ex-preacher and John Qualen as Muley. The most perfect piece of casting however was the lead actor Ford had used in his last two films, Young Mr Lincoln and Drums Along The Mohawk, Henry Fonda. Fonda embodies every element of Tom Joad so completely it’s impossible to discern where the acting ends and art begins. Fonda wanted the part so badly he signed a 7 year contract with Fox, knowing the cost would be having to take some second rate assignments, but he sensed that if he never acted again here was the role of a lifetime.

The film opens at a crossroads, Tom Joad is making his way home after 4 years in prison for manslaughter. The tone is set straightaway when Tom coaxes a truckie to give him a lift even though it’s against company policy. Tom expects a good guy will do the right thing. He then bumps into Carey, his old preacher, a philosophical soul who has lost his faith and tags along with Tom. They get to the Joad homestead only to find it deserted and bare. Muley, a neighbour, is hiding out there in the shadows and tells Tom what has transpired. The twisters have blown the dirt away and, now that the sharecroppers can’t work the land for a profit during the depression, the banks are cutting costs and creating mega farms, driving off the families that have worked there for generations. The shades and moods of this opening are spare and sombre, the soliloquy that Muley delivers is Shakespearean in it’s intensity and is matched in later ones by both Fonda and Carradine.

Gregg Toland was the cinematographer, combined with Ford’s poetic eye for framing and the results are as iconic as the images of Dorothea Lange’s dustbowl photographs that inspired them. In flashback we see Muleys family reduced to shadows on the land, after watching a caterpillar bulldoze their home. Tom has a beautifully understated reunion with his mother, not as overtly sentimental as Ford can be, and joins the family on their trek to the promised land, Californ-i-a. With a small cache of optimism and not much money the Joad clan set out in a clapped out truck, loaded to bursting, to travel Route 66. The arduous journey proves too much for the older members, and Grandpa (played delightfully by Charles Grapewin) perishes and is buried on the way. They encounter prejudice and empathy, neither condition being overplayed, but finally make it and go in search of paying work.

Here the film imposes the most significant variation from the book. The book has them finding a well run Government camp before finding the exploitative private camps, but Zanuck and Johnson wanted the movie to be slightly upbeat towards the end and reversed those events. So it is they drive into a camp, followed by the haunted eyes and hollow faces of the other migrants, unaware that they are providing scab labour to break a strike of other locked out workers. Tom soon gets interested in the politics of the situation and learns the ugly truth of what goes on.

The strength of the film is that it does not back away from unsavoury conclusions. It deliberately sidelines the ‘red’ issue, and the prejudices that it invokes, and treats the matter as that of common decency towards a fellow human. Tom doesn’t see the problem in overtly political terms, he sees it in humanist terms. All Tom wants is an even break for his family to survive, but the unequal power equation denies that scenario and he’s soon radicalised and prepared to fight back. Carey is killed by the bosses thugs and Tom is soon on the run again, but he knows where his destiny now lies and has to leave his family behind. In one of the great speeches in all of cinema Fonda gives the existentialist heart of the journey a future narrative, eloquently invoking the collective soul in favour of the individual. That he does it so convincingly, addressing it to the constituents of ‘the land of the free’, is nothing short of miraculous.

Zanuck was walking a fine line between satisfying the demands of art and those of the capital behind him, the New York bankers. It says something about white middle class guilt that the President of Fox’s bank told Zanuck it was his wife’s favourite book and they were looking forward to seeing it! The communist party in the 1930’s in the USA had over a quarter of a million members, and Communism was still seen as a possible working ideology instead of a failed experiment. The McCarthyist witch hunts were only a few years away when this film was made, and Americans in general remain ill-informed about leftist ideology to this day. Remarkably they can elect Obama to fix the mess that poorly regulated capitalism has left, decimating their economy, and then squeal like stuck pigs when he tells them they’ll all have to pay for it, branding him (horror) a socialist!. I digress.

This masterpiece pre dates Italian neo realism, and the ‘non-actor’ movement later embraced by Bresson and Becker et al. It has the feel of a documentary but the impact of great humanist drama. Zanuck refused Ford's request to do a remake of Renoirs ‘Le Grande Illusion’, this was his consolation prize, and is probably his best film. For a man who’s personal politics veered all over the place, as if he was on one of his legendary drunken benders, and would become decidedly militaristic and right wing after his stint in the services, Ford was the darling of the liberals for a brief shining moment. There is possibly not one other Hollywood mainstream movie of the time so confronting, it dared to hold a mirror up without sanitising the image. Mostly Hollywood social themes had to do with the crime of the individuals, like gangsters, not the crimes of the invisible ruling class, or the results of the system itself. Incredibly, the studio system created this film, and Steinbeck himself was proud of it, and irony upon ironies, it turned a huge profit. Just be glad it was made.

'The Grapes of Wrath' is essential viewing for anyone with a pair of eyes and a beating heart, one of my all time top 10. 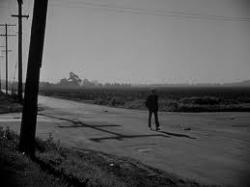 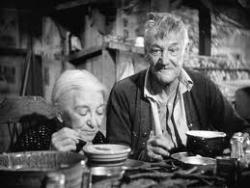 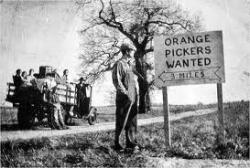 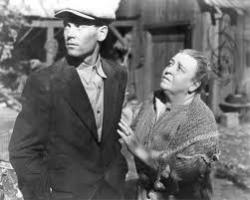 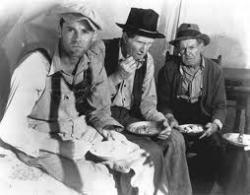 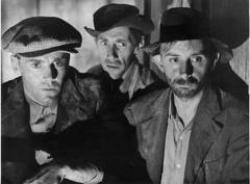 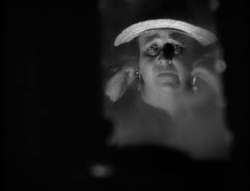