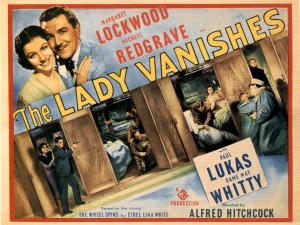 Drama, romance! (and a little cricket)

Hitchcock’s late British-period masterpiece ‘The Lady Vanishes’ came into being at an odd time for him, keen to leave for America and the greater resources of Hollywood he signed a two picture deal with producer Edward Black as he couldn’t afford Du Maurier’s ‘Rebecca’, a property that would be acquired for him by David O Selznick and would also win a Best Picture Academy Award. In the interim he had no project to follow ‘Young and Innocent’, his personal favourite amongst his early films, and producer Black re-heated a Frank Launder- Sidney Gilliat script called ‘The Lost Lady’. Launder and Gilliat wrote for Hitchcock’s last British fim, the under-rated ‘Jamacia Inn’ and were set to have him direct their ‘Night Train To Munich’ but Hitch went to Hollywood and Carol Reed scored that job. Hitchcock also thought the public regarded him as predictable at this point and put extra effort into subverting expectations with this film, it crackles and sparkles like few others, a deft suspense drama dish with a generous dollop of comedy to wash it down, and romance for sweetening. The writers even manage a little political comment as Europe was watching Hitler expand his horizons in 1938 and the appeasers would shortly sign the Munich Pact with the Nazi’s, therefore any mention of ‘secret treaty’ or pacifism needs to be seen through the prism of Europe in the middle of a fascist nightmare, one that would shortly lead to another world war.

Unusually for a Hitchcock film the opening is fairly leisurely and meandering, it sets up the characters but doesn’t propel the action, and there is a big emphasis on comedy with Charters and Caldicott, two stock character Brit’s who’s main worry is not the political crisis in Europe but what’s happening in the Test Match cricket back in Blighty. A snowed in train means awkward overnight accomodation difficulties for a hotel in the mountains of fictional Bandrika. We meet breezy tourist Iris Henderson (Margaret Lockwood) who’s enjoying a last single fling with her girlfriends prior to her impending marriage in London, Hitchcock does his usual line in fetishism by showing the three girls in a room in varying stages of undress and undermines it with a valet delivering them champagne, the placement of the bottle proving a decidedly phallic connotation!. Miss Froy (Dame May Whitty) is an elderly governess returning home, one of the blacker moments of humour involves her throwing money to a street singer who’s strangled to death by unseen hands. Iris can’t sleep because of a racket going on upstairs and has the manager evict the noisemaker, only to have the culprit, musicologist Gilbert Redman (Michael Redgrave) turn up in her room to put pressure on her to get his room back. Iris and Gilbert spar verbally and she relents and calls the manger. Next morning while boarding the train iris is hit on the head by a falling flower-pot, which narrowly missed Miss Froy, who helps Iris onto the train and they take tea together. A short while later Iris has a nap in their carriage but when she wakes Miss Froy, who was sitting opposite her is gone. She asks the fellow traveler’s in the carriage but they deny that there ever was an elderly lady there at all. Iris goes looking for Miss Froy.

This is all the set-up Hitchcock needs to work his magic, as the only person who ends up siding with Iris is Gilbert, and in the course of their investigations they find themseleves deeply attracted to each other. Variously Hitchcock uses devices that will see even Iris doubting herself as one by one the other passengers deny they saw Miss Froy, all lying and all for their own reasons. Hitchcock again employs a charismatic and suave villain as a Doctor Hartz (Paul Lukas) diagnoses the blow on the head has caused Iris to hallucinate, while the audience is in the position of knowing the truth and frustrated that the one tangible clue staring them in the face that would prove Iris correct is being ignored, and then it vanishes. Hitchcock uses a diversion tactic by having the viewer focus on one clue, the name written on the window, and all the while the seed he planted of another, the Mexican Tea brand will pay off unexpectedly and put the action back on track. Once the villainous scheme is revealed Iris and Gilbert are drugged to get them out of the way, but crucially the Nun who was to administer the drug secretly did not, refusing to as the couple were British like her, even though she’d been paid to be in on the plot. Eventually their carriage is separated and stopped on a side track and all the Brit’s are engaged in a fight with the thinly disguised Nazi-esque thugs, and only an adulterous lawyer in the group Mr Todhunter (Cecil Parker) suggests surrender (appeasement) and goes out waving a white flag, only to be shot dead. The group get the train running again after they ensure the escape of the elderly spy Miss Froy and make it back to Britain, where Iris ignores her fiance and falls into the arms of Gilbert.

The joy of this film is it’s seamless blend of suspense and romance. Iris is in many ways a female version of Hannay, the protagonist in ‘The 39 Steps’, reluctantly caught up in a complex plot and needing help from a stranger with whom love blossoms amidst witty exchanges and narrow escapes. The sexual mores of the era meant that many desires were repressed or left unspoken, and these subtleties give the film an enduring charm. It’s been suggested by modern critics that Caldicott and Charters represent a gay couple, but that seems unlikely for me, the pair are no more than overgrown schoolboys who retain all the foibles and bigotry that the English public school system has instilled in them. They regret being stuck in a ‘3rd rate country’, they misunderstand that the maid indeed misinterprets their sharing both a bed and a pair of pyjama’s, they presume superiority over all the other nationalities at the hotel and when the crunch comes they step up to do their duty with upper lip suitably stiffened. The moment where Charters (Basil Radford) is shot in the hand is priceless. Their essentially schoolboy love of cricket is lovingly mocked in the script and the pay-oof gag is the newspaper headline that the Test is washed out, a beautifully English gag about a national obsession (of a certain class) and the weather in one. The kind of reverend fun of English foibles that Powell and Pressberger would use in ‘The Life and Death of Colonel Blimp’ a few years later. The pair became a well loved institution and would be employed as the same characters in several films, notably in ‘Night Train To Munich’.

The performances are wonderful, Redgrave taking the job after advice from John Gielgud on Hitchcock, and Margaret Lockwood doing a great job of anchoring the piece. The support cast if fantastic, every little part done beautifully and a tribute to Hitchcock’s ability with actors, notwithstanding the alleged comment Redgrave attributed to him during production that ‘actors are cattle’. The lightness of touch and the deftness of the cast  enables Hitch to infuse the film with his trademark humour, more than he would be able to do in his first Hollywood films, but Hitchcock delighted in the fun his devilish sense of humour would concoct and it’s in every part of this film to great effect. The sets and train sequences are great, even if the model work is a little cheesy from this distance. The camera is as usual flawless and exact, never adding an odd note or beat and finding the best angle on the situation always, Hitchcock planning every set-up and move down to the last detail.

Politically the film was a warning against ‘appeasement’, the policy supported by many politicians like Prime Minister Neville Chamberlain and by most of the Royal family, in fact King George VI had Chamberlain picked up at the airport with his ‘peace in our time’ Munich Agreement in hand and together they stood on the palace balcony, tacit support from the monarchy. Hitchcock, not noted for being a particularly ‘political’ director, would later make ‘Foreign Correspondent’ as a call to arms to isolationist America and ‘Lifeboat’ as a support for co-operation leading up to a post-war era. Hitchcock was essentially a showman, as his cult of personal self-promotion attests to, but any messages he felt he wanted to send where woven seamlessly into the fabric of first rate entertainments like ‘The Lady Vanishes’. 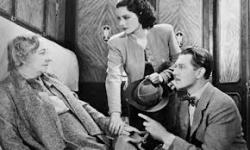 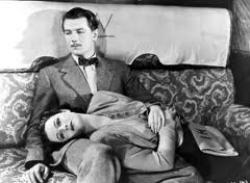 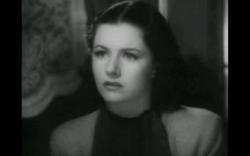 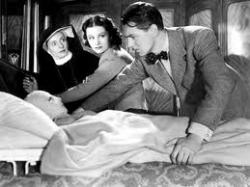 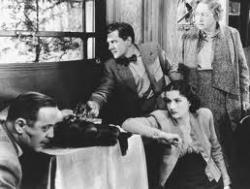 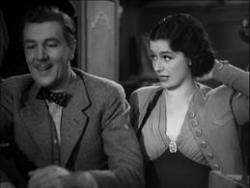 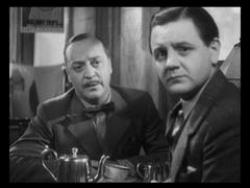 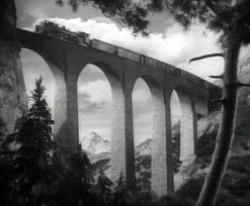