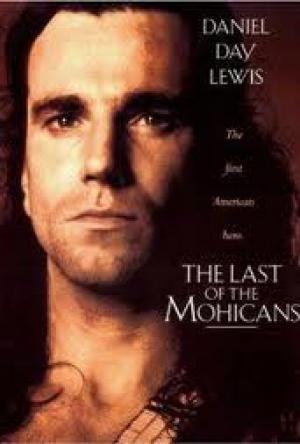 The Last of the Mohicans

"Wilderness is not a luxury but a necessity of the human spirit."
~ Edward Abbey

After directing the first screen incarnation of Hannibal Lecktor with Manhunter,  in 1986, Michael Mann mostly concentrated on TV work before returning to feature film with a blast via The Last of the Mohicans  in 1992. The film owes more to the 1936 screen version written by the brilliant Philip Dunne than to the source novel, but the big budget allowed Mann to bring a truly epic vision of the 1757 set tale to life, with large scale siege scene's and battles running counterpoint to the emotional subplot of forbidden love. Mann typically focuses the piece down to the personal dilemma of loyalty and love, the choices made and the reasons behind them as cataclysmic events drive massive change in the life of the then young colonies. France and the Indian nations are in league to challenge British hegemony in the region, and for the local population it's all about choosing sides.

Hawkeye (Daniel Day Lewis) is the adopted son of Mohican Indian Chingachgook (Russell Means) and is travelling along with Uncas (Eric Schweig), his brother through the dangerous terrain of upstate New York. They visit their white settler friends the Cameron's and are told of the coming fight as the British are raising a militia to fight the French. In Albany they meet up with their friends who are joining up, upon the understanding they will be released if their own families are threatened. Hawkeye and the Indians refuse to join, but later encounter a British party in trouble trying to get through to Fort William Henry. The party includes the British Commanders two daughters, Cora (Madeleine Stowe) and Alice (Jodhi May) and their protector Major Heywood (Steven Waddington) but they were betrayed by their Huron Indian guide Magua (Wes Studi) and ambushed by Magua's tribe. After getting through a siege to gain access to the fort, Hawkeye reunites the girls with their father, falling in love with Cora in the process. The British surrender to the French but Hawkeye is charged with sedition for supporting some of the militia in leaving to defend their families. Magua's band falls upon the departing British and Hawkeye then helps the girls escape from the battle and attempts to keep them safe from the pursuing Magua.

Cora, a daughter of the British establishment is fascinated by frontiersman and adopted Indian Hawkeye, who was told of her kind "They are a breed apart and make no sense",  and the journey of the film is their journey to each other and to a kind of understanding. The political backdrop and the struggle for influence and power is omnipresent and  Hawkeye demonstrates a sure grasp of political nuance in his condemnation of British justice that would charge him with sedition for supporting his friends after military promises to them were broken. The Indians have been dispossessed and Magua holds a justified grudge that doesn't let the audience demonise him easily as a purely evil character, he is also the victim of an imperial system ruling with an iron hand on the edge of civilisation. "Frontier land is the only land available to poor people"  Hawkeye explains when asked why his friends who were massacred were living in the exposed wild. Across this Mann tells the romantic story of two hearts coming together until the pledge when they are pulled apart by force, "If one of us survives something of the other does too".  The sad counterpoint to this is the final frame where Chingachgook reflects upon the death of his son Uncas, that he is now the last of his tribe, the cost of imperialism echoing across the vast landscape.

Daniel Day Lewis again proved himself one of the most talented actors of his generation, able to scope out a character who is dynamic and instinctive, but not closed off to introspection and reflection. It's part of the internal balance that Hawkeye's culture aspires to, a frontier Yin and Yang philosophy. Madeleine Stowe also provides a delicate portrayal of the English rose in a foreign environment, not only in the vast landscape of the New World, but also in the powerful feelings that have been awakened in her by Hawkeye, something she couldn't feel for Major Duncan. Wes Studi is excellent as the driven Magua, intense and motivated as an Indian trying to keep his identity at a time when colonial Americans were trying to forge their own apart from their British founders, and his contempt for all invaders is a dark mirror for Hawkeye's decent Indian trying to adapt and survive.

Michael Mann paints on a huge canvas with the siege sequence, creating memorable and vibrant images in partnership with cinematographer Dante Spinotti, who would go on to shoot the majority of Mann's features after this. Mann has a great feel for formal composition as well as an ability to move the camera in empathy with the action, finding a way to make the battle scenes personal as well as grand. The editing is lean and crisp, the film cracks along at a pace when it needs to but Mann's not afraid to spend time in reflection at the expense of action, something he would expand upon in future films like Heat  and Miami Vice.

Mann injects stillness to add a contrast to the action and emotional balance to the fast moving tale, but it's as much about embracing and coming to terms with the wilderness of the heart as much as the wilderness of the natural world. Mann seems to suggest that in the taming of these things something is inevitably lost, and as with most things in life, when a trade off is required we need to deal with the consequences. The Last of the Mohicans  is an epic meditation on human connection, a great filmic realisation of a romantic pairing against the odds, it's a mythic examination of colonial America, and fantastic entertainment. 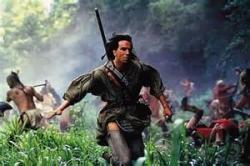 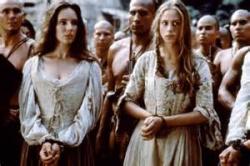 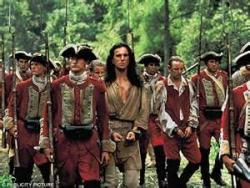 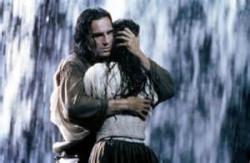