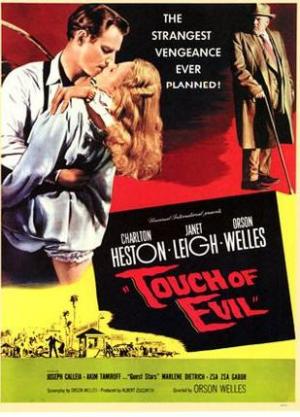 "Things are all right in America, if you're all white in America"  - America from West Side Story, Bernstein/Sondheim 1957

At the tail end of the cycle known as Film Noir, indeed sometimes used as the definitive end marker (as if that’s possible) Orson Welles’ 1958 release Touch Of Evil  is nevertheless a significant and brilliant encapsulation of all that the genre had been able to express in the near 20 year span it engendered. Welles not only directed, but starred as the racist, decaying monolith that was Police Chief Hank Quinlan, and only got the job to direct from Universal due to a misunderstanding from the box-office boffo Charlton Heston, then a powerhouse draw and cast as the Mexican (!) policeman Miguel Vargas. Welles said that when Heston was told Welles had signed on to the picture he assumed that he was directing as well, once Universal were told of this they offered Orson the job to direct in order to keep Heston, but for no extra money. That’s showbiz.

Welles took the opportunity to invest all his formidable cinematic intellect on his first Hollywood project in 10 years, extensively re-writing the script, based on Whit Masterson’s Badge Of Evil, and meticulously planning several bravura camera sequences, none more impressive than the lengthy opening shot involving a car bomb. Vargas and his new American wife Susie (Janet Leigh) are walking on the Mexican side of the border and heading into the US at a small checkpoint, the car and the couple engage in a perfectly choreographed tango which builds the tension until the car occupants, having just crossed the border, are killed in the inevitable explosion. The US police descend on the scene and Vargas takes an interest as the bomb looked to have been planted on the Mexican side of the border. Quinlan arrives and takes a dim view of Vargas having any active participation in the investigation, his racist views given a blatant airing, and given the attractiveness of the white Mrs Vargas the sentiments are particularly pointed and vicious.

Susie Vargas is the centre of the sub plot, invoking the almost primal fear of the sexual foreign threat presented in this case by young Mexican men (taking our jobs, taking our women) and the potential contamination of the mythical ‘purity’ of white women. While hubby is on the case she’s lured away to deal with Senor Grandi (Akim Tamaroff) the head of a local crime family that Vargas has been cracking down on. Quinlan goes to a Mexican strip club run by old flame Tana (Marlene Dietrich) looking for clues, Vargas dodges an acid attack from a Grandi family member and proceeds to have an argument with Quinlan who takes salacious interest in Vargas’ wife and insultingly announces he’s sick of being in Mexico and needs to "get back to civilisation".  Susie is spied upon by the Grandi’s in the Mexican hotel she’s in and Vargas takes her back to the American side looking for a safer option. The couple meet Quinlan’s partner Pete Menzies (Joseph Calleia) on the road and he drives Susie to a remote hotel where she should be out of the way, run by the mentally challenged night manager (Dennis Weaver). Quinlan and cronies, with Vargas tagging along, interview the daughter of the bombing victim and her Mexican boyfriend Sanchez, who is Quinlan’s prime suspect. Quinlan plants dynamite in a shoebox in his flat, evidence that incriminates Sanchez in the crime but Vargas knows it’s a lie as he’d knocked the empty shoebox over earlier in the search. Vargas calls Susie who is resting in her room, Welles giving his own fetishist side an almost Hitchcock-ian dimension as he lingers on Janet in lingerie, but the reason is to set her as sexual bait for the Grandi gang that is about to take over her hotel.

Vargas is convinced Quinlan has planted evidence before and goes to the public records to examine his old cases. Quinlan gets wind of the plan and conspires with Grandi to get rid of Vargas by implicating Susie in the crime. Grandi has Susie drugged and convinced she’s been assaulted by the gang, and Vargas when he discovers it goes on a rampage, "I’m no cop now, I’m a husband". Quinlan kills Grandi by strangling him, and frames Susie for this murder to discredit Vargas. Unfortunately Quinlan has left his walking cane at the scene of the crime, Welles’ wicked humour apparent in the sign in the hotel ‘Forget Anything?’, and Menzies realises the boss he idolises has gone too far. Menzies agrees to help bring Quinlan to justice by wearing a wire tap so Vargas can record the conversation. Quinlan holes out at Tana’s bar, but there’s no future with her for him, or with anyone for that matter, "your future is all used up".  Menzies lures Quinlan out into the open where Vargas tracks their footsteps and gets Quinlan’s admissions on tape, where he admits to several frame up’s but only of guilty people. Quinlan realises the betrayal and shoots Menzies before getting the drop on Vargas, and as he’s about to pull the trigger Menzies manages to get off a shot and hits Quinlan. Tana sees the body floating away with the river junk and says he was "some kind of man".  Vargas is told that Sanchez has confessed to the crime and that Quinlan was right after all.

Welles directs with flair and elan, controlling every aspect of lighting and angle to create a masterful noir of bigotry and paranoia. The cinematography from Russell Metty is superb, the sets detailed and perfectly dressed, and the score by Henry Mancini, written from copious input from Welles is wonderful. Heston is fine in a difficult role as the upstanding Vargas, Leigh is good as his put upon wife and the rest of the cast is well used, especially the darkly comic villian Grandi (check the hairpiece!), and Marlene hits just the right tone of mystery and nostalgic regret. The acting star is however Welles, it’s the lead role really and Welles pushes it to the limit, fake nose and all. Almost matching him is the lovely performance from Joseph Calleia, who is convincing in having to exhibit a kind of love for Quinlan, the kind that makes his betrayal of his friend heartbreaking and gives the film heart, and also balances the racism and bigotry to an extent. Vargas is seen to be a competent policeman, but had to use betrayal as a tool and so is compromised to an extent, and Quinlan, although flawed as a human is seen to be a better instinctive policeman, nailing Sanchez when Vargas did not.

Welles was feted and praised by Universal during production, encouraged to consider a long term contract and was convinced that he’d be staying in Hollywood and making several films for them, so it came as a huge shock when not only did they reject his version of the film, they banned him from the lot and cut him off completely. According to his conversations with Peter Bogdanovich this was the most mystifying part of the entire experience. he loved working on the film, had nothing but good things to say about his co-worker’s including Heston and had roped in old flame Dietrich and celebrity friends like Zsa Zsa Gabor and Weaver to flesh out bit roles because he was having so much fun. He speaks of pride about the opening shot but was more proud of the tracking shot in the hotel when the young Grandi is terrorising Susie because it’s more invisible, but equally as complex. He enlisted Heston’s support in trying to get the Universal version re-cut along the lines of his now famous 53 page memo, but it wasn’t until 1998 that ace editor Walter Murch restored the film to Wellles’ vision. Better late than never. 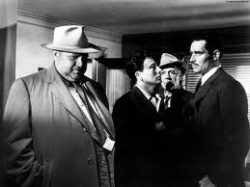 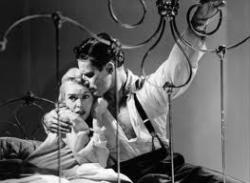 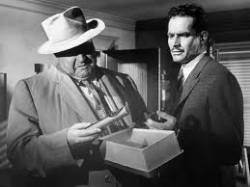 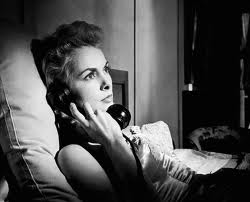 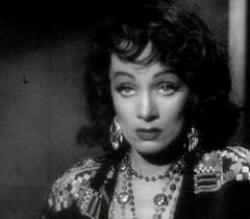