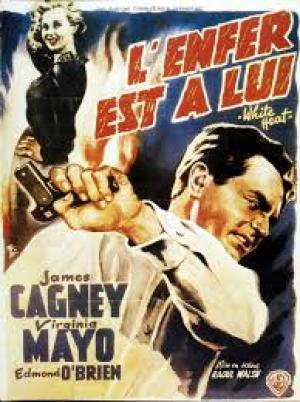 Walsh and Cagney - One more time with feeling.

"This American system of ours, call it Americanism, call it capitalism, call it what you will, gives each and every one of us a great opportunity if we only seize it with both hands and make the most of it." ~ Al Capone

In 1949, 10 years after Raoul Walsh and James Cagney teamed up for the seminal Warner Brothers gangster epic, The Roaring Twenties,  they returned to the same studio and put the perfect coda to the Warner’s old-school gangster genre with the white hot White Heat.  The film was also a valid entry into the Film Noir  genre and something of a last hurrah from two giants who had set the foundations, with their 1930’s work, for such a dark toned genre as Noir  to flourish. Cagney had deliberately avoided gangster films after leaving Warners in 1942, decrying the “blood bath”  films that Warners expected him to continue to star in, and set up a production company with his brother William to remedy the situation. Unfortunately for Cagney those films were not embraced by the public so, when he returned to the studio that had made him a star, he relented and agreed to return to the gangster genre with White Heat. Perhaps not understanding it for the Psycho-noir it was, Cagney never liked it and never appreciated it for the classic it was to become.

Cody Jarrett (James Gagney) is a career criminal with a difference, a mummy’s boy writ large, and a grown man who trusts no one except his dear old mum (Margaret Wycherly). Cody’s gang lives in fear of his quicksilver temper, as does his duplicitous wife Verna (Virginia Mayo), but when the gang robs a train and the heat subsequently comes on Cody decides to take the rap for a lesser crime and do some gaol time in the Illinois State Pen. The gang make some drastic changes while Cody is locked up, but when Cody hears of the sudden death of his mother he snaps, arranges an escape and hooks back up with them. Cody breaks out with a new friend from inside, ‘Vic’ (Edmond O’Brien), who is actually an undercover federal agent. Cody plots his last great heist with Vic in tow, only to see things not pan out as planned, leading to the justly famous and explosive finale.

In the aftermath of the First World War there was a collective rush to escapism in the Roaring Twenties that saw the spawn of the Jazz Age in America while Germany served up the decadence of the Weimar Republic. No so after the Second World War. After that seismic calamity a different aesthetic gripped those that lived through it, reflecting the recent brush with a great evil that can dwell in the human heart. It seemed American cinema had taken a turn towards the dark side, with the decided morally ambiguity of Film Noir  taking up much of the available screen time, a tendency noted by French film critics starved of Allied cinema during the occupation. These murky, psychologically driven films were often helmed by ex-Europeans who had seen the collective evils of fascism first hand and seemed drawn to stories and characters that were scarred both externally and internally.

Cagney created a character for the ages with Cody Jarrett, a blistering, withering portrayal of a man driven by an urge to outrun time and fate, while anchored to the woman that had given him his start in life in a most unnatural way. Cody is also an anachronism, an old styled gangster used to winning via brute force but being quickly overtaken by a new order, just as the world was changing in profound ways. Jarrett’s fervour borders on zeal as he powers through every opposing force, but ultimately his great strength also proves his weakness. The devotion he showered upon his mother is replaced by an intense relationship with Vic, and Cody invests everything in the deal, imagining he’s finally found a worthy successor in Vic. This blind spot proves to be his fatal flaw, and when combined with his inability to establish a fully mature relationship with his wife, it leaves him vulnerable in ways he can’t imagine.

The versatile Edmond O’Brien is fine in the role of the undercover cop, and balances out Cagney’s histrionics with a straight down the line portrayal of a dedicated lawman. Margaret Wycherly, an English actress who mostly worked on Broadway and who was sadly under-used in pictures, is wonderful as Ma Jarrett; her memorably icy and murderous exchange to Cody across the prison bars still causes a chill. Virginia Mayo gives a career best turn as the understandably edgy and desperate Verna, and admitted it was due in no small part to the real fear in her that Cagney’s manic performance created. Interestingly, in the same year she also starred with Joel McCrea in Colorado Territory  (also directed by Walsh) which was a decent western remake of Walsh’s famous 1941 gangster film High Sierra.

Raoul Walsh handles the film’s intricate plotting and internecine rivalries with aplomb and verve, effortlessly creating a muscular and rollicking crime caper flick with a twist of the perverse for good measure. There are moments when the film approximates a silent feature, all mood and menace, provided by great visual storytelling that serves as a reminder that Walsh was one of the greats of silent cinema, having learned his craft at the feet of David Wark Griffith no less. Walsh’s no nonsense and unfussy Mise-en-scène  let the action flow and characters flourish without unnecessary interference, as his fellow veteran Howard Hawks said, “they’re moving pictures, let’s make ‘em move!”

In post war America it seemed it was every man for themselves, everyone keen to grab a slice of the American Dream, and in this respect Cody was at the front of the queue and leading the way. Walsh and Cagney make no concession to politics, even with Hollywood mired in the burgeoning scandal of HUAC, Cody seemingly existed in his own hermetic universe, an individual ‘black hole’, not letting light in or letting it out. It could almost stand as a metaphor for American isolationism, a national condition that has often caused the country to have its own blind spots when it comes to identifying outside threats. Cody’s policy is to crash or crash through, which has a ring of truth when thinking about American foreign policy ever since WWII.

White Heat  evoked the past in 1949, the glorious heyday of the Warner gangster style, but it sat comfortably in the present as it easily reflected all the stark rawness of post war Film Noir. Maybe audiences were hungry for the old certainties, or maybe they just enjoyed a great entertainment, either way White Heat  was a huge box office success and effectively re-started Cagney’s career. Cody's casual brutality was a neat fit for the darker times, as seen in his darkly comic air-conditioning of a car boot, "Oh, stuffy, huh? I'll give ya a little air."   After White Heat  Gagney flourished for a time, as did Walsh, who went on to make several under-rated action flicks for MGM in the ‘50s, often in league with Clark Gable or Gregory Peck, but he never again surpassed his effort here.

If Walsh and Cagney were supposed to be in the twilight of brilliant careers then nobody told them, as with White Heat  they produced a classic film to remind audiences everywhere of what a couple of old pros could accomplish with the right story and studio support. James Cagney might well have looked at the method actor upstarts like Brando and Clift who were soon to take all the acting headlines and said , “watch how it’s done”,  after his justly praised and harrowing prison breakdown scene. Like White Heat  itself, it still packs quite a punch. On the back of its success a string of heist/gangster films did well, with John Huston's The Asphalt Jungle  and Stanley Kubrick's The Killing,  two prime examples of films that owed Walsh and Cagney a great debt. 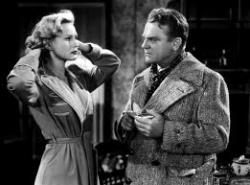 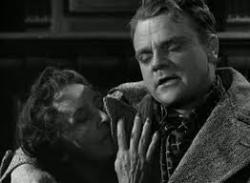 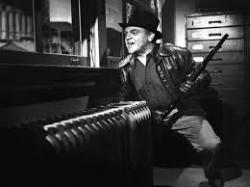 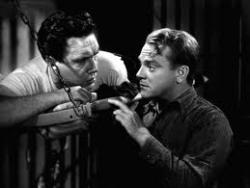 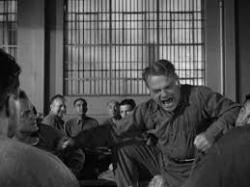 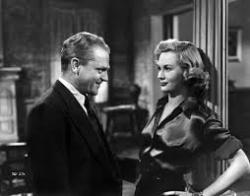