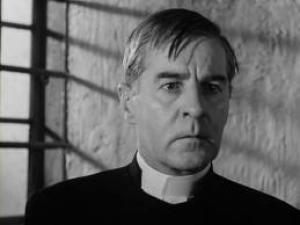 “I think I have made just one picture that I really like, and that is  Winter Light. That is my only picture about which I feel that I have started here and ended there and that everything along the way has obeyed me. Everything is exactly as I wanted to have it, in every second of this picture”

Ingmar Bergman made an unintended ‘trilogy of faith’ in the early ‘60’s, a few years on from his annus mirabilis of 1957 where he delivered The Seventh Seal  and Wild Strawberries  to astonished world audiences. Bergman’s global success with those films, and with The Virgin Spring,  which won the Best Foreign Film at the 1960 Academy Awards, saw him retreat to the island of Fårö and from that idyllic fastness he wrote his reflective and personal trilogy. The first of these, Through a Glass Darkly  also won a Best Foreign film Oscar in 1961, and so Bergman came to the second film, Winter Light,  as the most feted filmmaker on the planet, and proceeded to make yet another masterpiece, and one that he subsequently regarded as a personal favourite.

Pastor Tomas (Gunnar Björnstrand), serves a small parish in rural Sweden, and presides over Divine Service (similar to the Catholic Mass) for his tiny band of Lutheran brethren, and Bergman shows the entirety of Holy Communion in the opening 13 minute sequence. The pews are scarcely populated by a variety of worshippers, and each will interact with Tomas over the course of the narrative. After the service Tomas, noticeably ill with a cold, is called upon by a young married couple, the Persson’s, for help with an issue Jonas Persson is having. Tomas is having his own crisis of faith as he attempts to make sense of Jonas’ fears and to lead him away from suicidal thoughts. The Pastor’s former mistress Märta (Ingrid Thulin), the local schoolteacher, visits Tomas to ask if he’s read a letter she had sent him, setting out her thoughts on their relationship. The unhappy pair meet to thrash out their differences, only to be interrupted with news of Jonas.

Ingmar Bergman came to conceive the idea of Winter Light  after a Pastor told him the story of a parishioner who was contemplating suicide had asked the clergyman for advice. Bergman dovetailed this with the idea that he had failed his family by going into the arts, his father was a Lutheran Pastor, and Bergman has Tomas tell Marta, “It was my parents dream that I become a clergyman”,  summing up the ineffable sadness that Tomas feels in living someone else’s dream. Bergman stated that he realised while making the film that he had lost his faith at a young age, and the trilogy was his method of examining what he called “God’s silence”. It is this silence that challenges Tomas, who echoes the alleged words of Christ on the cross, “Why have you forsaken me”?

Winter Light  is Bergman’s cri de couer,  an attempt to reconcile himself with his past and to make sense of a random world, one that was on the brink of possible nuclear annihilation at the time, and in the process it marked him as the greatest existentialist filmmaker cinema has produced. Bergman essays the battle between the immanent and the transcendent, as Tomas sees in Marta the less edifying and corporeal, subscribing perhaps unconsciously to the idea that a woman distracts a man from higher thought. This putrid philosophy underpinned Christianity for centuries, consigning the blame for the mythical ‘fall’ on women, a construct conjured by a misogynistic and self serving, all male Church hierarchy. Tomas is heir to this blinkered thinking and Marta is just another in a long line of victims who’d dared to be human and admit and act on their desires without guilt.

Marta presents the case for atheism with the eminently simple conclusion, “God has never spoken because God does not exist”,  as Tomas struggles with the problem of evil in the world. Marta’s honesty poses a challenge for Tomas when she declares “Your faith seems obscure and neurotic”,  a statement he realises he may be in agreement with but dares not admit. Tomas finally tells Marta what he really thinks of her and her “junkyard of idiotic trivialities”,  pining for his idealised late wife, a woman who Marta could never replace. Tomas also admits he finds no meaning in his life, “I had this fleeting hope that everything wouldn’t turn out to be illusions and lies”,  summing up his existentialist terror, admitting to the emptiness that a silent God had failed to fill. Tomas feels betrayed by this silence, just as the mythical Jesus felt betrayed and deserted in his purported hour of need.  Bergman’s thesis is about communication above all else, and his literal Swedish translation is “The Communicants”, a double edged meaning for those partaking of the sacrament of communion, unable to communicate with a silent god.

Theodicy or the problem of evil stalks Bergman’s narrative like a ghost, “If there is a purpose to my suffering then tell me”?  Tomas cries to the empty heavens. The issue with a Christian centred view, where all evil is the fault of man and all good is from God, is highlighted when Jonas asks, “Why must we go on living”?  and all Tomas can respond with is “We must trust God”. The Christian idea that ‘there must be a reason for everything’, is illogical and unhelpful in a chaotic and random universe that exhibits no evidence of design or intent, it merely is. Tomas can’t comprehend that evil is relative, and only by investing meaning in our lives based on reality can we be truly content. Tomas intuits that if he can admit the absence of God he would then be “free to love”,  but the tragedy is such that his faith holds him captive to empty and continued ritual in place of true connection to another human. Tomas can no longer buy the empty and evasive modern accommodation, post enlightenment that “God is love”  either, if he wastes what love he has on an unresponsive and silent God. The wife Tomas lost is therefore merely a codified spirit, an ethereal and unreal ideal, not a warm human with flaws and heart.

Bergman teamed up with his masterful cinematographer Sven Nykvist to capture the sparseness and severity of the Swedish winter, the cold and the barren wasteland a natural mirror for the frozen spirituality. Bergman was coming to terms with religion in the apocalyptic shadow of the nuclear age, and realising that for many Lutherans in northern Europe, as for many others who endured the horrors of WWII a personal God was no longer a convincing model of belief, and for all intents and purposes many practising Lutherans were functioning atheists. In the First World this increasingly seems to be the case, particularly in an increasingly secular Europe, but less so in the more fundamentalist and conservative USA. Bergman was also anticipating the counter culture and a lurch to the Eastern idea of 'God AS  silence', or as the 'void', a stream of thought that appears in the mystical strands of montheism, the ultimate escape clause for an invisible and silent deity in its evasiveness and cant.

Bergman’s comfort with actors can be traced back to his theatrical roots, and again he utilises his regular ‘stock’ company players and they provide superb characterisations at every level. Gunnar Björnstrand is stunning as the troubled priest, and provides one of the most haunting figures in all of cinema as he struggles with his crisis of faith and doubt. Ingrid Thulin is heartbreaking as the despairing yet hopeful lover, and in a scene that could have come from a contemporary Godard she delivers a seven minute monologue direct to camera, reading a letter she’s written to Tomas. Bergman breaks the ‘fourth wall’ in doing so, and it feels intense and confronting. Max Von Sydow is touching as the lost Jonas, and Gunnel Lindblom, who shone as the dark haired and dark hearted Ingeri in The Virgin Spring  is superb as his bewildered wife and the scene where she delivers the tragic news to her children stays with you long after the credits roll.

Winter Light  is the apogee of Bergman’s existentialist cinema, a genre that he almost invented single-handedly after WWII and the rise of the French philosophers. It represents one of the most satisfying challenging of the religious status quo, and when taken in concert with Through a Glass Darkly  and The Silence  they represent the most cogent stating of the existentialist position in all of cinema. Tarkovsky and Antonioni pushed filmic existentialism even further, but they were standing on a giant’s shoulders. 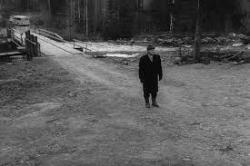 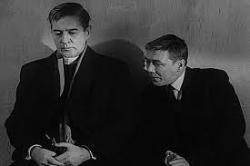 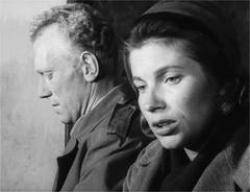 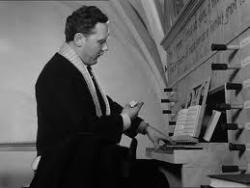 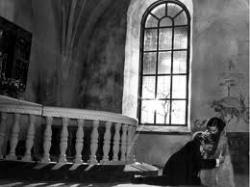 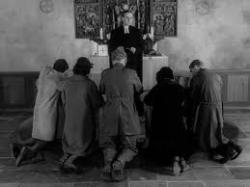 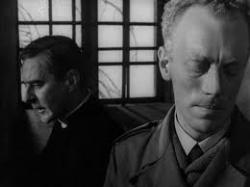 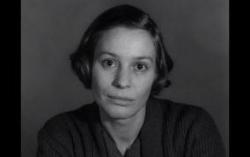