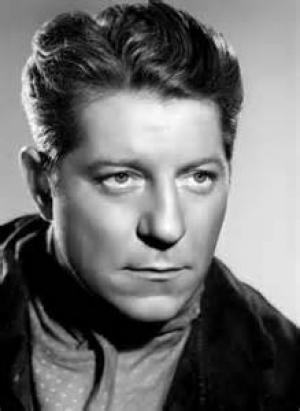 "I have never wanted to appear in whatever came along, I have always waited for the right directors. With Renoir, Carné or Duvivier I felt safe."
~ Jean Gabin

Jean Gabin, the charismatic Parisian actor remains the greatest film star of all time in France, a kind of ‘French Bogart’, whose reputation grows with the passing of the years. It would be more accurate to describe Bogart as an ‘American Gabin’, if truth be told, because he was a star when Bogie was still playing supports. Both were men right for their times and both provided immortal screen characterisations in a series of masterful performances.

Jean worked in music hall and theatre in the 1920’s before gaining some experience in the last years of silent cinema. He made associations with quality directors, something that would be a feature of his career, and announced himself as the key male star of the ‘30s in a succession of hits – La Bandera  and Pépé  Le Moko  for Julien Duvivier, and The Lower Depths, La Grande Illusion  and La Bête Humaine   for Jean Renoir. He also became the poster boy for Poetic Realism, the loose style attributed to a group of French directors during the late ‘30s and early '40s, the highpoint of which remains his two key roles for Marcel Carné, the masterful and timeless Port of Shadows  and the equally intense Le Jour se lève.

Gabin’s world-weary fatalism and deep humanism struck a chord in audiences everywhere, and he was so strongly identified as the ‘continental man’ around the world that La Grande Illusion ran an unprecedented 6 months in New York and Warner Brothers named their priapic cartoon skunk Pepé Le Pew after him. Jean made the fatalistic Remorques  for Jean Grémillon before the war interrupted French life and Gabin finally took one of the many Hollywood offers that had flooded his way.

Gabin’s time in America was no easier than his friend Jean Renoir’s, and his prickly personal temperament did not endear him to the rigid studio bosses or American directors. What should have been a dream team of Fritz Lang and Gabin on a film called Moontide,  ended in tears and with Lang quitting after three weeks of shooting, the project completed by journeyman Archie Mayo. One possible source of friction was an actress they both had affairs with over a period of time, Marlene Dietrich, and it was Gabin’s insistence that Dietrich work with him that caused him further issues in Hollywood.

Gabin quit Hollywood and joined De Gaulle’s Free French to fight the Nazi’s and was in the army that marched in to Paris to liberate his home town, for which he received the Croix de Guerre . He re-started his film career but his temper and demanding nature made good work hard to find, and his personal life hit the skids when his long affair with Dietrich ended. The atmospheric Le Plaisir,  for Max Ophuls and the crime-noir for Jacques Becker, Touchez pas au grisbi  resurrected his career in the ‘50s and he worked again with his old friend Jean Renoir on the superb period piece French Cancan.

Jean Gabin continued to work for another 20 years in features, often as an older gangster or crime figure, sometimes on the other side of the law, and worked with actors like Alain Delon and Jean-Paul Belmondo, the inheritors of his formidable legacy. Gabin’s sheer magnetism allowed him to inject a frisson of danger into his mostly flawed 'everyman' characters, and yet they remained identifiably humanist, connected and real. His screen artistry and command of his craft created an utterly guileless persona, complete with a quiet dignity and deep integrity – his astonishing work in his great films between 1936 and 1955 will be treasured forever, and world cinema will never see his like again.