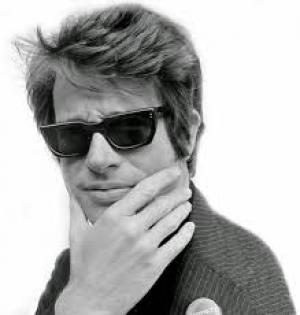 Henry Warren Beatty was born to a middle-class family in Virginia in 1937, his older sister being future actress Shirley MacLaine (she used a variant of their mother’s maiden name, who was a drama teacher). Beatty had an early fascination with acting and despite being a successful athlete he took his ambition to Broadway in the late 1950’s where he studied with renowned acting teacher Stella Adler. Warren got his first break into movies from Elia Kazan, who cast him opposite Natalie Wood in the hit film, Splendour In The Grass whereby the young actor was nominated for a Golden Globe as Best Actor and won for New Star of the Year. Beatty seemed to realise very early that the quality of the outcome of movie making was directly related to the ability of the director, and possibly more than any of his contemporaries he only agreed to work with top list directing talents for most of his career. He was also interested in every aspect of film production and before long it was apparent he liked to control as much of the process as possible.

Beatty starred in a series of interesting and well-received films with A-list directors, including John Frankenheimer (All Fall Down) Robert Rossen (Lilith) and Arthur Penn (Mickey One). The latter was a film Beatty agreed to do after developing another project with Arthur Penn, and the result was Beatty’s first off-beat role, and he delivered a stunning turn as the paranoid night-club comic on the run. The project was a difficult one and the pair argued over much of the journey, but it was Penn to whom Beatty turned to direct a property he’d purchased called Bonnie and Clyde. In the interim he made a slight ‘international’ romantic comedy with his then lover Leslie Caron, Promise Her Anything, and a London filmed crime film called Kaleidoscope, with Susannah York. Both films were nothing special but their ‘international’ flavour was an indicator of Beatty’s rising star power and reputation.

The game changer in American cinema in the 1960’s was Bonnie and Clyde and its production is generally accepted as the start of an American New Wave or Renaissance. Beatty heard of the script from François Truffaut after a visit with him in Paris, where he learned a couple of young American writers had pitched it to both Truffaut and Lean-Luc Godard. Beatty purchased the script from Robert Benton and David Newman and hired Robert Towne to do some uncredited re-writes on it before he pitched it to several directors, including John Schlesinger, George Stevens, William Wyler and Sydney Pollack, before he convinced Penn to take it on. Beatty was involved in every aspect of the film’s production and cast several of his friends, like Broadway pal Michael J. Pollard and Lilith buddy Gene Hackman, in a part that turbo charged his career. He initially thought of casting his sister as Bonnie, but once he determined to take the part of Clyde himself he tried to persuade Natalie Wood to play Bonnie, but she refused, and he cast relative newcomer Faye Dunaway in the star-making part. Nobody predicted the film’s runaway success and enduring influence, but Beatty was now a fully-fledged Hollywood power player as well as a movie star.

After a couple of years away from movies Beatty returned in 1970 with two projects, poles apart in tone and style, The Only Game in Town with veteran George Stevens and McCabe and Mrs Miller with maverick director Robert Altman. Beatty co-starred with Elizabeth Taylor in the Stevens film, which was a critical and commercial misfire, and worked opposite Julie Christie as Mrs Miller to his McCabe, in Altman’s twisted, masterful western. He made a Richard Brooks film, Dollars, in 1971, a light heist comedy opposite Goldie Hawn that troubled no intellect and did well at the box office. Beatty next applied his fierce intelligence to politics, taking another sabbatical from movie making and joining the George McGovern campaign as a key member of his team in trying to defeat Nixon in 1972 before returning to films in a political masterpiece, Alan J. Pakula’s extraordinary, The Parallax View. Beatty’s role as Joe Frady, a journalist who uncovers a deep right-wing conspiracy is one of the signature roles of his career.

Beatty next produced Shampoo, a script he wrote with Robert Towne which was a razor-sharp satire on politics set in the unlikely world of a hairdresser in Beverley Hills. Beatty had to package the film with another picture for Columbia in order to get the Hal Ashby helmed film green lit, but he cast his then paramour Julie Christie opposite and the film was a huge success. The other film was a Mike Nichols comedy that Beatty did with his good friend Jack Nicholson called The Fortune, but it was less successful. In 1978 Beatty turned to Mike Nichols’ one-time comedy partner, Elaine May, to help write his next production, Heaven Can Wait, which he also co-directed with Buck Henry, a warm hearted re-make of the 1941 film Here Comes Mr Jordan.

In 1981 Beatty reached the high point as a producer/writer/director/star in his masterpiece, Reds, an epic retelling of the story of American journalist John Reed and the October Revolution in Russia in 1917. Beatty had first planned to make a film on John Reed in the mid-sixties, but various delays and sidetracks meant filming started in 1979 and release occurred at the end of 1981, editing alone took nearly 2 years. Beatty cast his then girlfriend Dianne Keaton, opposite him as Reed (quelle surprise) and again cast good friend Jack Nicholson as playwright Eugene O’Neill, a close friend of Reed’s. The film was nominated for 12 Academy Awards and Beatty won as Best Director.

Post Reds, Beatty looks like a man with other things in his life, befitting his reputation as a Renaissance Man. The production output is sparse and uneven, but all of the projects are personal ones, with varying degrees of connectivity to the times they were made. Beatty wanted to hand his friend Elaine May a gift for her work in helping several of Beatty’s screenplays over the years, and he developed the ill-starred Ishtar with her over several years. Beatty pressed Dustin Hoffman to star in a kind of homage to the Crosby-Hope ‘Road’ pictures and the public stayed away from the expensive comedy in droves.

Ishtar was fixated on an idealised past, just as Beatty’s next three projects proved to be, in Dick Tracy in 1990, an update on the 1930’s comic strip, Bugsy, a Barry Levinson helmed work on the well-known gangster and Love Affair, a remake of two Leo McCarey films (Love Affair from 1939 and An Affair To Remember from 1957) in which Beatty convinced Katherine Hepburn to make her final screen appearance in. Love Affair also marked the point where Beatty actually starred with an actress he had married in Annette Bening. Beatty’s reputation as a Hollywood Satyr par-excellence needs no mention here, but his arrival as a family man was somewhat delayed by a succession of affairs with his co-workers, Natalie Wood, Leslie Caron, Joan Collins, Julie Christie, Diane Keaton and Madonna amongst them!

Love Affair proved too retro to a 1994 audience and since then Beatty has made 3 films, his last in 2016. He applied his political insight to the very worthy Bulworth, which he also directed, in 1998 and was recognised in a myriad of award nominations as a man still relevant but then moved on to a limp romantic comedy called Town and Country in the new millennia. After a 15-year hiatus where he focused on bringing up his 4 children with Bening, he returned with a modest, long gestating pet project which he directed, playing Howard Hughes in the commercial failure Rules Don’t Apply.

Rules Don’t Apply may be as apt an obituary for Warren Beatty, who has left a legacy of fine work and with Bonnie and Clyde alone changed the course of the American motion picture. A brilliant mind and an effortlessly gifted actor, Beatty parlayed what could have been the fluffy careers of his contemporary pretty boy actors like Doug MacLure or Troy Donanhue (Troy MacLure?) into being an industry heavyweight by force of will and a curiosity that wouldn’t quit.