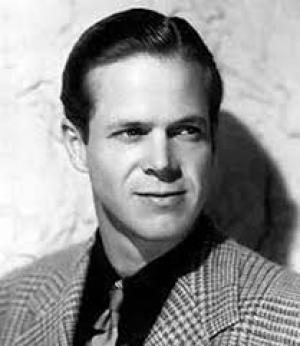 'I looked in the mirror and knew with my "puss" and 155-pound weakling body, I couldn't pass for a leading man, and I had to be different. And I sure had to be courageous, so I chose to be the meanest s.o.b. in the movies ... strictly against my mild nature, as I'm an ordinary, peace-loving husband and father.' ~ Dan Duryea

Dan Duryea made a career change as a young man, forsaking the cutthroat world of advertising for his first love, acting. He worked on Broadway and immediately found himself in demand, graduating to a solid role in the 1938 production of The Little Foxes. Sam Goldwyn bought the film rights to the play and Duryea was offered to repeat his role on camera. He moved to Hollywood and never looked back, realising that Broadway had given him legitimacy that he could exploit on the west coast, where his look and demeanour made it a certainty he would rarely be cast as the hero.

The mild-mannered actor found himself typecast as a villain or heavy in virtually all of the films he worked on and carved a memorable niche as one of the best in the business. He found an important ally in his fledgling Hollywood career in Gary Cooper, working with the star in Ball of Fire and Pride of The Yankees, in memorable roles in films that were big hits. Cooper turned down the WWII hit Sahara, where Humphrey Bogart took over and Duryea did well in the male ensemble. After a couple of lesser roles in a Greer Garson/Walter Pidgeon reunion project and in a Cary Grant drama, Fritz Lang tapped the actor for one of his defining villainous roles in Woman In The Window, opposite Joan Bennett and Edward G. Robinson, and used him again in the excellent WWII drama, Ministry of Fear.

These darker films became collectively known as Film Noir subsequently, and Duryea proved to be an ideal fit, playing edgy, unlikable characters in a succession of memorable efforts for Anthony Mann in The Great Flamarion, and again for Fritz Lang in Scarlet Street, a cast reunion for his Woman In The Window crew. His lugubrious persona was perfectly fitted for urban roles but after he signed a contract with Universal, he found himself equally in demand as a black hat villain in a series of westerns. He’d played one to great effect with Gary Cooper in Along Came Jones, but George Sherman put him to work in Black Bart and River Lady, both opposite Universal’s lovely Yvonne De Carlo.

Universal also put him in the fine Noir, Black Angel, where he played a mostly sympathetic part as a piano player, much loved by Francios Truffaut and he made an impact in Robert Siodmak’s masterful Criss Cross, with De Carlo and Burt Lancaster. He made a succession of Noir’s in Manhandled, Too Late For Tears, Johnny Stool Pigeon and One Way Street before Anthony Mann gave him a fine role in Universal’s superb Jimmy Stewart western Winchester ’73. He worked with James Stewart again in the Mann helmed adventure Thunder Bay and after Sky Commando in 1953, he shot a couple of films in London, 36 Hours and World For Ransom, the latter for Robert Aldrich.

He returned to Hollywood and Universal in 1954 and for the next decade was mostly back in the saddle, often playing the bad guy to Audie Murphy’s good guy, best amongst this lot being Ride Clear of Diablo and Night Passage. Cornel Wilde directed the Noir, Storm Fear and Douglas Sirk cast Duryea in the excellent war film Battle Hymn, with Rock Hudson before the actor faded from sight in A-list projects as he advanced into middle age and beyond. Several undistinguished westerns and nondescript dramas followed before Robert Aldrich gave him a fine, late career role in 1965 in the superb adventure film Flight of The Phoenix, with old saddle pal Jimmy Stewart.

Dan Duryea knew he didn’t have the looks to be a matinee idol but applied himself to being a convincing bad guy type, even if it was against his easy-going nature, but did it so well he became a familiar face in many fine films from Hollywood’s classic era. He could sneer and snarl with the best of them, and his height and lean masculinity made him a menacing figure in many a Film Noir. Duryea’s commitment to his craft meant that he was never less than watchable and usually, if he’s in a scene, even if he’s not the star, he’ll be the one who’ll draw your gaze. That’s real talent. He died relatively young at 61 years but had filled the Silver Screen with images to last.