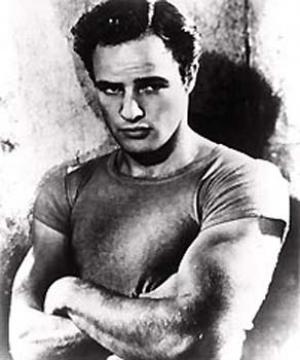 Elia Kazan's A Streetcar Named Desire is a brilliant filmed record of a landmark play, but it's more than that, its a multi-dimensional and insightful examination of the duality of man, the fight between the 'higher' and 'baser' parts of our nature and it's resultant inter-personal conflicts, and it's also a great piece of cinema in it's own right. Kazan at first refused the opportunity to direct the film adaptation of Tennessee William's play, even though he directed it's debut season on Broadway in 1947, some 3 years earlier to tremendous success, as he felt he'd moved on from it. Williams implored him to take the job and he agreed, but wanted to open up the action so that it was less of a filmed stage play. After completing a version of a script he'd adapted to do that he reassessed and decided the strength of the piece was it's intense claustrophobia and called on the original Broadway cast, except for Jessica Tandy to do the film with him. Daryl Zanuck at Fox wanted to do the film, but was vetoed by the money men afraid of the problems the piece would encounter with the censors. Warner's took the property and did run into problems with the Catholic Legion Of Decency, delaying the release and causing a conflict that ended with Kazan writing an open letter in The New York Times, making the issue a 'cause celebre' and helping to free American cinema from the arcane censorship of such bodies. The play was a sensation on Broadway, primarily because of Brando's startling and visceral performance, and Kazan knew the film needed to live up to that standard. Vivien Leigh was cast opposite as the requisite star that Warner's insisted on, and Kazan took the opportunity to refocus the piece onto Blanche, where it belonged, as Brando's notoriety has skewed it towards Stanley in the public mind.

Blanche DuBois (Vivien Leigh) is a lost soul, emerging from the steam of a New Orleans train platform and looking for a streetcar named 'Desire'. Blanche's nerves are shot, she's fallen on hard times and is relying on the kindness of strangers for any of the practical details that negotiating one's way through life's vicissitudes requires. Blanche arrives looking like a lost kitten, and "Elysian Fields' is the ironic and unlikely name for the rough part of town she's come to in order to shack up with her estranged sister Stella (Kim Hunter). Stanley Kowalski (Marlon Brando) is married to Stella, and he's a long way from the gentle ideal that the faux-refined sister Blanche aspires to, and the central conflict is the tension between Stanley's earthy and working class reality and Blanche's ethereal and imaginary fantasy world she dreams of. Stella is caught in between and the battle for Stella's affection is what sets Stanley against Blanche.

Blanche's inability to come to terms with reality sees her appalled by Stanley's animalistic nature, and slowly she comes to terms with her sister's awakened sexuality. The scene where Stanley cries out like a wounded tiger and Stella descends the stairs to return to the brute who has struck her is a powerful expression of their co-dependence, Stanley reliant on her love and she on his power, and Blanche is made aware when she sees Stella the next morning, after a bout of 'make up' sex with Stanley, that her sister is compulsively drawn to the 'coloured lights' with the dynamic 'Polak'. It's clear that Stella has bought her ticket on 'Desire' and Stanley is the driver, and now Blanche has to confront the fact that her own sexuality is aroused by Stanley, who has no conscience in playing with Blanche's vulnerability to his own ends, this is one stranger she will find no kindness from. Stanley eventually uncovers Blanche's fabricated recent past, revealing the depths to which she had to descend in order to carry on, falling back on exploiting her faded allure with men.

Vivien Leigh's Blanche is a great screen performance, the balance she strikes between the genteel and tremulous southern woman who idealises the 'dead boy' and a faded dream of a past, and the expression of the terror of a future where she no longer has the 'kindness of strangers' to depend upon is beautifully rendered. It's the conflict she feels between her own natural urges and the intellectual revulsion they bring up in her, which is why she's disgusted by and attracted to Stanley at the same time, her 'beauty of the mind' that she thinks is eternal, as opposed to her decaying good looks that mock her from her mirror. Blanche's fragility ultimately is no match for Stanley's violence, and it's the tragedy of beauty lost amidst the swelter of the brawling and rumbling New Orleans quarter that tantalises in William's brilliant words.

Brando's Stanley is simply a watershed in the art of the actor, as significant a portrayal as any committed to celluloid, and justly lauded. Brando's ability to have such a thin veneer between the tender and childlike against the violent and cruel is his gift, and one not seen at all before him, and a standard for all actor's to live up to since. Kazan had settled on his old friend from the Group Theatre days in New York, John Garfield, for Stanley in the Broadway run, and Garfield agreed but then ended up placing too many restrictions on staying with the play and Brando won the part by default that led to him changing the art of screen acting. Inexplicably he missed out on the Academy Award that year, but his good friend Karl Malden won for his performance as Mitch, who falls under Blanche's spell for a time, before being 'wised up' by Stanley. Kim Hunter, wonderful as Stella also won, but remarked that the Academy Award for Best Supporting Actress did nothing for her screen career as she barely worked in film again through the '50s, being as she was on the communist 'blacklist' at the time.

Kazan and his cinematographer Harry Stradling made a masterpiece of black and white photography, it's hues and tones both gothic and noir at the same time, and contribute superbly to the overall effect, as do the gritty sets of the studio under Richard Day's art direction. Kazan moved to Fox next and his epic Viva Zapata, again with Brando, and was about to fall foul of HUAC and it's communist witch hunt, causing ripples in his professional and personal life that resonated to the day he died. 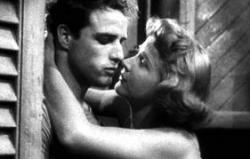 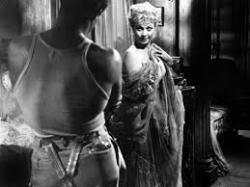 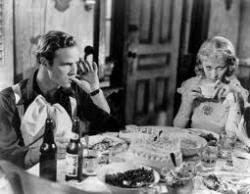 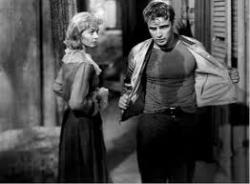 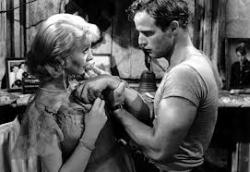